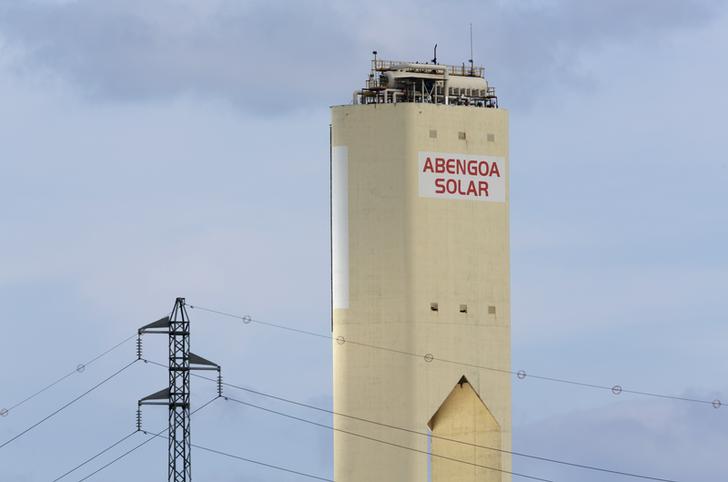 The Spanish engineering firm’s main creditors will underwrite a dilutive 650 mln euro rights issue to cut debt. It will also sell assets, cancel the dividend and the founding family will lose control. That helps restore credibility but Abengoa needs to show it can deliver.

A tower at Abengoa solar plant at "Solucar" solar park is seen in Sanlucar la Mayor, near the Andalusian capital of Seville November 17, 2014.

HSBC, Santander and Credit Agricole will underwrite 465 million euros subject to a number of conditions, including ongoing due diligence. Controlling shareholder Inversion Corporativa, the investment vehicle for the founding Benjumea family, will contribute 120 million euros of fresh capital, while U.S. fund Waddell & Reed will invest the balance.

The company said it would suspend dividend payments until it receives a BB- rating by S&P or a Ba3 by Moody’s. In addition, Inversion Corporativa has agreed to limit its voting stake to 40 percent, down from 56 percent currently.

Executive Chairman Felipe Benjumea will step down after 25 years in the position and will be replaced by Jose Dominguez Abascal in a non-executive role. The board will have 13 members, six of which will be independent.

Abengoa will hold a shareholders’ meeting on Oct. 10 to approve the issue.