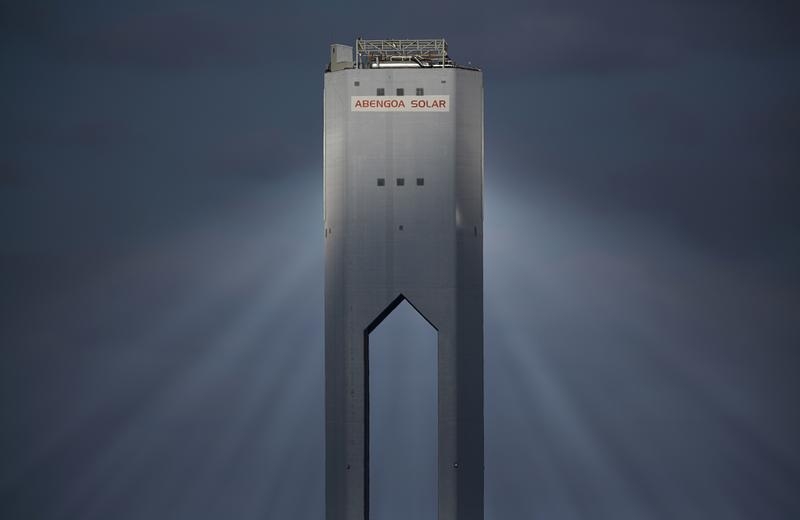 Abengoa’s creditors face certain pain. The heavily indebted Spanish engineering firm is seeking creditor protection after a new investor backed out of injecting fresh equity. Abengoa is probably viable, but only with a lot less debt. That makes debt-for-equity swaps and writeoffs the likely next step.

While Abengoa is little known outside of Spain, the causes of its demise are familiar everywhere: high spending, complex financing, poor communication and, above all, debt. Its gross corporate borrowings are equivalent to 7.9 times EBITDA for the 12 months to September 2015, on Moody’s estimates. The company unveiled a rescue package in September to raise 650 million euros in fresh capital. Yet now industrial group Gonvarri, which said in November that it was willing to pump in 350 million euros of fresh equity, has walked away, jeopardising the whole operation.

It’s not that Abengoa doesn’t have a decent business. But building, operating and selling renewable infrastructure like solar-thermal plants depends on high levels of working capital. Third-quarter results earlier this month showed a big negative free cashflow, with only a fraction of its 2.5 billion euro cash balance immediately available. Banks have put some corporate working capital lines on hold.

That may explain why Gonvarri demanded such tough terms, including banks agreeing to contribute a fresh debt package of 1.5 billion euros, according to a person familiar with the situation, as well as underwriting the announced rights issue. The September plan also included asset sales and an overhaul of corporate governance.

Abengoa, whose enterprise value of 10 billion euros is around 90 percent accounted for by its corporate debt, needs lower borrowings. If equity investors won’t help, debt investors will have to. That means both banks and bondholders may have to swap debt for equity and writeoffs on some 8.9 billion euros of borrowings. It would be a major test case for Spain’s revamped insolvency law, which is meant to facilitate such agreements. If creditors can agree, Abengoa still has a fighting chance.

Spain’s Abengoa said it had started talks with creditors on insolvency proceedings after investor Gonvarri backed away from a plan to inject around 350 million euros into the company. Gonvarri ended talks because Abengoa failed to meet the conditions set out in a provisional agreement, Abengoa said in a statement.

That agreement would have seen Gonvarri take a 28 percent stake and become Abengoa’s largest shareholder. It was conditional on receiving a new 1.5 billion euro debt package from banks, Reuters reported, as well as an underwriting commitment from banks.

In September, Abengoa’s creditors had agreed to underwrite 465 million euros subject to a number of conditions, including ongoing due diligence. Controlling shareholder Inversion Corporativa, the investment vehicle for the founding Benjumea family, would contribute 120 million euros of fresh capital, while U.S. fund Waddell & Reed would invest the balance.