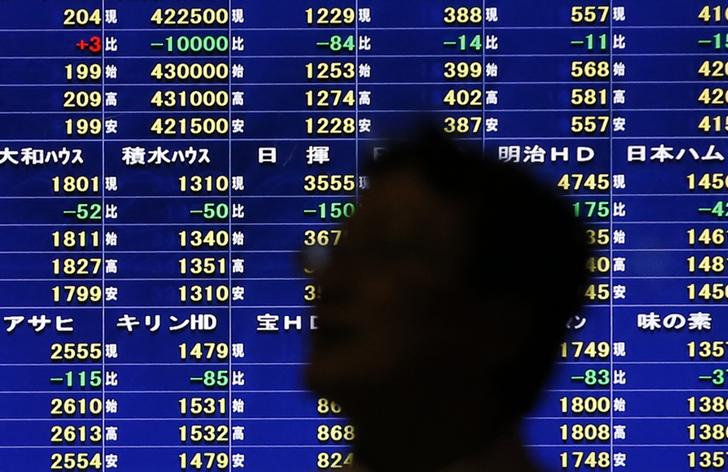 A man walks past at an electric board displaying Japan's Nikkei average outside a brokerage in Tokyo August 7, 2013

Shares in Japan’s Mitsubishi Motors and Sharp Corp fell on Sept. 12 following reports that the companies were planning to raise equity.
Sharp Corp shares fell 6 percent to 363 yen after Reuters reported that the electronics group is planning to raise as much as 150 billion yen ($1.5 billion) through a public share offering to bolster its finances.
A decision could be approved by the company’s board as early as next week, sources with knowledge of the decision told Reuters.
Sharp could raise an additional 20 billion yen ($200 million) in a third-party share allocation, according to a financing plan that has been shared with creditors.
Mitsubishi Motors shares fell 8 percent to 1,034 yen percent after the Nikkei newspaper said the carmaker plans to offer shares worth about 200 billion yen ($2 billion) to the public and use the proceeds to buy back preferred shares it issued in the past to four group firms.
Mitsubishi Heavy Industries, Mitsubishi Corp, Bank of Tokyo-Mitsubishi UFJ, and Mitsubishi UFJ Trust and Banking Corp own around 380 billion yen in preferred shares issued by the automaker in exchange for capital infusions, the Japanese business daily said.
Around 300 billion yen worth of the preferred shares owned by the four companies are scheduled to be retired or converted into common stock this year, the paper said.
“While Mitsubishi Motors is considering various measures regarding the treatment of preferred stock, there has been no decision made,” company spokeswoman Namie Koketsu said.
(Research by Robyn Mak)