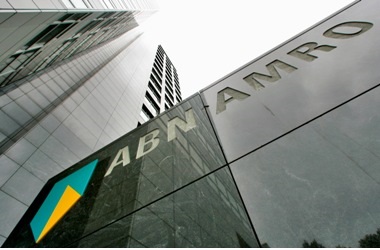 ABN Amro’s initial public offering deserves a discount for its messy corporate governance structure. The Dutch state on Nov. 10 set a price range for the nationalised bank that values it at up to 18.8 billion euros. Even at the top end, that valuation would look attractive relative to listed peers. But a markdown is warranted given an anti-takeover provision could rescind investors’ voting rights.

In a crowded market of European bank share sales, ABN’s IPO initially looks appealing. The mooted price range would see ABN trade at between 0.9 times and 1.2 times book value. Not bad given it produced a nine-month return on equity of 14 percent and a common equity Tier 1 capital ratio of 14.8 percent. Domestic rival KBC is valued at a higher multiple, while Britain’s Lloyds, with a similar business mix, trades in line.

The snag is governance. A foundation managing the government’s stake will be empowered to cancel shareholders’ voting rights for up to two years in the event of a loosely defined “hostile situation” – essentially a takeover that undervalues ABN or a shareholder vote that is contrary to the bank’s interests. As a result, participating investors are only entitled to depositary receipts rather than full shares.

The Dutch government is understandably worried about a repeat of ABN’s disastrous three-way takeover in 2007, which ended in its nationalisation. But after the listing, the state will still own 77 percent of ABN, even if an overallotment option is exercised in full. And ABN is no longer an international investment bank, but a much less racy domestic lender.

Those familiar with Dutch corporate governance practices may shrug. Many of the country’s corporations can issue preference shares to dilute predators as it is. Still, this souped-up structure looks particularly unnecessary now the European Central Bank is starting to get to grips with its role as the region’s banking regulator.

It will probably take the Dutch government years to exit ABN. Even after the state’s completed selldown, ABN’s foundation shareholder will still exist in independent form, and retain the ability to withdraw voting rights. Investors should proceed with caution.

The head office of ABN AMRO bank is seen in Amsterdam, May 29 2007. REUTERS/Koen van Weel

The Dutch state on Nov. 10 said it would sell up to 23 percent of ABN Amro in an initial public offering that would value the nationalised bank at between 15 billion euros and 18.8 billion euros.

The Netherlands’ Financial Investments agency said the offering would be of 188 million depositary receipts, representing shares, with pricing to be in the range of 16 to 20 euros each.

Book building runs until Nov. 19, with the depositary receipts due to begin trading on Nov. 20.

The share structure will be such that a foundation holding the government’s remaining stake will be able to revoke investors’ voting rights in the event of a hostile takeover, a concert party bid from existing shareholders, or an investor voting in a manner “fundamentally contrary” to the bank’s interests, ABN’s IPO prospectus says.