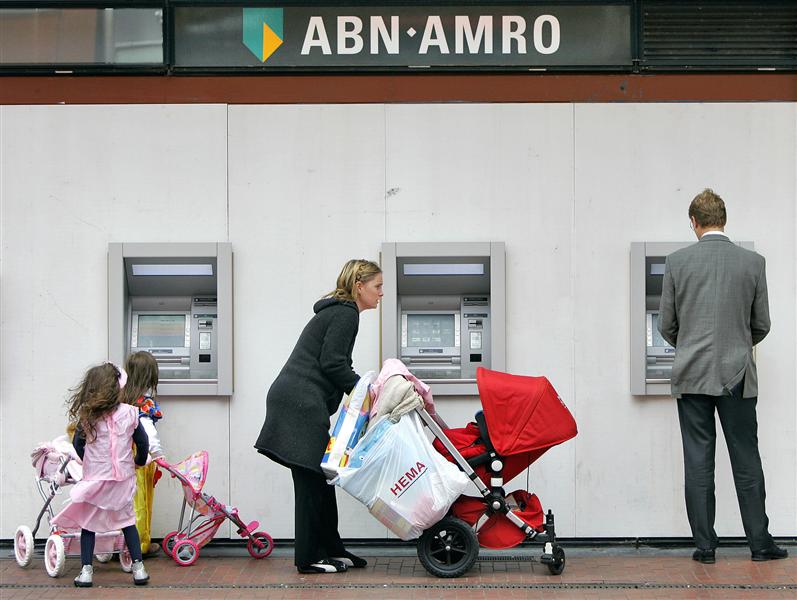 ABN Amro, the poster child of the financial crisis, has almost grown up. The state-owned Dutch bank on Aug. 21 reported a near-doubling of second-quarter earnings from a year ago to 600 million euros ($675 million). Chief Executive Gerrit Zalm says ABN is on track to sell up to 30 percent of its stock back to private investors in the fourth quarter. Timing is on his and the government’s side.

An encouraging start is ABN Amro’s improved second-quarter showing. The provisions the bank took to cover future bad loans fell 90 percent year-on-year to just 34 million euros, helping earnings in the first half rise strongly, and its annualised return on equity to hit a solid 15.3 percent.

It will take more than that for Dutch taxpayers to get their money back. The state nationalised ABN in 2008, and has paid a total of 21.7 billion euros for the domestic business of Fortis as well as ABN’s Dutch, private banking and clearing divisions. The government has said the bank is currently worth about 15 billion euros, just under its just-reported book value, suggesting a paper loss of about a third on the initial share sale. To break even, the bank would need to fetch a valuation of 1.4 times forward book value – higher than rival ING, which trades at 1.2 times.

There is, however, a parallel with Royal Bank of Scotland, the UK lender put into state ownership in 2007. The British government completed its first selldown in RBS shares earlier this month. The amount raised was similar to the amount the Dutch state is seeking, and it was also about a third lower than the UK taxpayer’s average in-price.

As with RBS, such numbers aren’t totally helpful. Saving ABN from failure may have paid other less easy-to-measure economic dividends. The International Monetary Fund forecasts steady growth in the Netherlands’ GDP of 1.6 percent for this year and next.

That suggests now is a good time to sell. A buoyant housing market, lower unemployment and improved consumer confidence are also helping domestic peers Rabobank and ING. ABN looks healthy, with a common equity Tier 1 ratio of 14 percent, and a pledge to pay 40 percent of earnings in dividends. A return to the market should put ABN’s troubled past comfortably behind it.

Nationalised Dutch lender ABN Amro reported underlying earnings of 600 million euros in the second quarter of 2015, almost double the level a year earlier, as the amount it laid aside to cover bad debts fell sharply.

ABN had an annualised return on equity of 15.3 percent, compared with a target for 2017 of up to 12 percent, after stripping out one-offs such as divestments.

The bank, whose domestic business was bailed out during the financial crisis alongside the Dutch operations of Fortis by the government at a total cost of 21.7 billion euros, is on track for a possible initial public offering later in 2015, according to a videotaped statement by Chief Executive Gerrit Zalm. He added that the only obstacle to an IPO was obtaining the necessary permits.

The Dutch government has said that ABN will be sold in stages, with around 20 to 30 percent of the stock offloaded in the initial stock market listing. The state would retain the rest, and future sales would be subject to permission by the minister of finance.