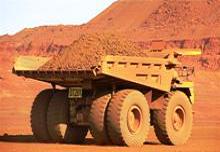 The oligarch is to buy 7.3 pct of the Russian nickel miner. The deal resolves a spat between shareholders Interros and Oleg Derispaka by giving the former management say and the latter dividend security. But Abramovich won’t have broked peace for nothing.

Russia’s RUSAL said on Dec. 4 that billionaire Roman Abramovich had agreed to buy 7.3 percent of Norilsk Nickel, in a deal aimed at resolving a spat between the Russian miner’s two biggest shareholders, Vladimir Potanin and Oleg Deripaska.
The deal, worth about $2 billion at current market prices, will see Potanin, whose Interros investment company owns 28 percent of Norilsk, become chief executive. The deal would also ensure “stability of dividends” paid by the company through 2014, according to RUSAL, which had been seeking higher payouts. RUSAL, controlled by Deripaska, owns 25 percent of Norilsk.
Abramovich’s investment company, Millhouse, would gain voting power over approximately 22 percent of Norilsk’s shares under the deal, according to Interros and RUSAL.
Deripaska and Potanin have been at loggerheads over strategy and governance at Norilsk since RUSAL bought its 25 percent stake in the miner just before the 2008 crash, in a deal worth $14 billion.