Not about the bike 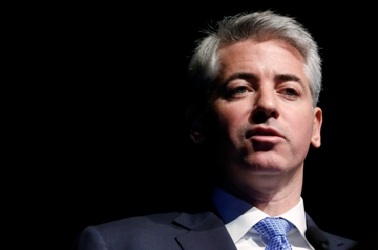 Bill Ackman is bridging the gap in his race against Dan Loeb. A new $5 billion Amsterdam-listed fund from the Pershing Square Capital founder should coast past one in London run by his Third Point nemesis. Ackman looks poised to give the permanent hedgie capital peloton a new leader to follow.

Unlike the notorious Hamptons bike ride a few years ago where Ackman’s overzealous competitiveness failed him, he has paced himself for public markets. It was Loeb who flew out of the gate in 2007 with a $525 million fund that ran out of gas post-crisis to trade at a 50 percent discount to net asset value. Today, investor appetite for activists, who are outperforming hedge fund peers, is cresting. Ackman’s 31 percent return so far this year is a case in point.

There are quirks to the structure, though. To skirt U.S. securities laws that don’t suit listed hedge funds, as Loeb did similarly, Ackman’s fund will have a dual-class share structure with just over half the votes turned over to a non-American, nonprofit organization.

What’s more, Ackman is eschewing mechanisms that protect investors by forcing funds to buy back stock when, say, valuation sinks too low. On the other hand, the scale of the Pershing Square fund should be an advantage, as will its portfolio. Ackman mainly bets on and against publicly traded companies such as Valeant and Herbalife, which makes the fund easier to value than many rivals.

The biggest edge for Ackman, though, is cost. He will charge a management fee of 1.5 percent and keep just 16 percent of any investment gains. The average for newcomers is almost 19 percent, according to research firm Preqin. More importantly, investors in the Pershing Square vehicle will be entitled to a 20 percent cut of profit generated elsewhere by the firm, which has about $14 billion under management. That could theoretically slash the net performance fee below 10 percent.

Those factors combined may well help Ackman’s Dutch fund trade at a comfortable premium to net asset value. Third Point Offshore, despite recent initiatives by Loeb, remains at a 4 percent discount. He may at least be able to take advantage of Ackman’s slipstream.

Pershing Square Holdings, a hedge fund with a net asset value of $2.9 billion managed by Bill Ackman’s Pershing Square Capital Management, said on Sept. 15 that it planned to float on Euronext Amsterdam with an expected market value of $5 billion.

The fund is seeking to raise $2 billion and has already received commitments from 30 investors for $1.5 billion. Pershing Square and its management team will invest an additional $100 million, the firm said.