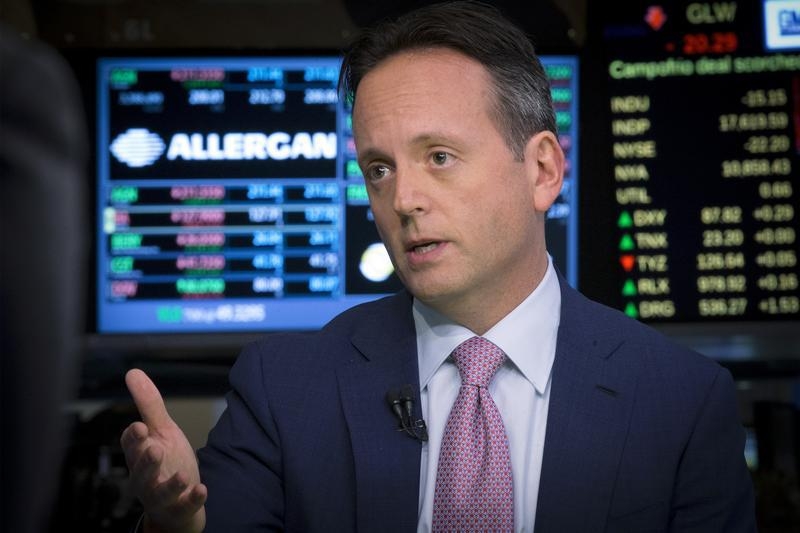 Actavis is showcasing the value of being barely investment grade. The acquisitive drugmaker attracted huge demand this week for $21 billion of bonds a mere notch above junk. They yield less than Verizon’s bigger and better-rated issue did in 2013. Buyers of top-tier debt can’t help but keep looking further downward.

Fears of deflation, government bond buying, slow growth and a lack of alternatives are squeezing interest rates in developed countries. Germany, for example, persuaded investors to pay for the privilege of lending to it for five years. The U.S. markets are a bit less desperate. Uncle Sam is paying 2.09 percent for 10-year debt.

That has left corporate issuers in a sweet spot, especially those edging toward junk. When Verizon issued $49 billion of debt rated BBB-plus, it caused a stampede. There was more than $100 billion of demand for a yield of 2.25 percentage points over 10-year Treasuries, or a rate of about 5.2 percent at the time.

Only 18 months later, Actavis encountered nearly the same level of demand. Yet the $83 billion company, rated two notches below Verizon, is paying only 3.84 percent on its 10-year bonds, or a spread of 1.75 percentage points.

Actavis is using the funds to help pay for its $66 billion acquisition of Allergan. The transaction will leave it with debt of about 4.8 times EBITDA estimated for this year, according to Fitch. Actavis anticipates $1.8 billion in cost cuts from the merger, savings that should pare the ratio to less than four times EBITDA within a year of the deal closing.

More big purchases can be expected, though. Before Allergan, Actavis agreed to buy Forest Laboratories for $25 billion last year. Actavis says it wants to retain its investment-grade credit rating, but there’s a risk that slowing growth and over-accommodating bond buyers lead it to overpay for lower quality assets.

There’s no sign of fear in the market yet. Many funds carry mandates that preclude them from straying into the high-yield market. Like a shipwrecked castaway offered a sip of water, any drop of yield looks sufficiently appealing.

Actavis on March 3 priced $21 billion of debt in maturities stretching from 18 months to 30 years. The pharmaceuticals company issued the debt to help finance its $66 billion acquisition of Allergan. It is the second largest corporate bond sale ever, exceeded only by Verizon’s $49 billion in 2013.

The yield on the Actavis 10-year bonds is 3.84 percent, or 1.75 percentage points higher than benchmark U.S. Treasuries.

Standard & Poor’s rates the Actavis bonds BBB-minus, or one step above junk.