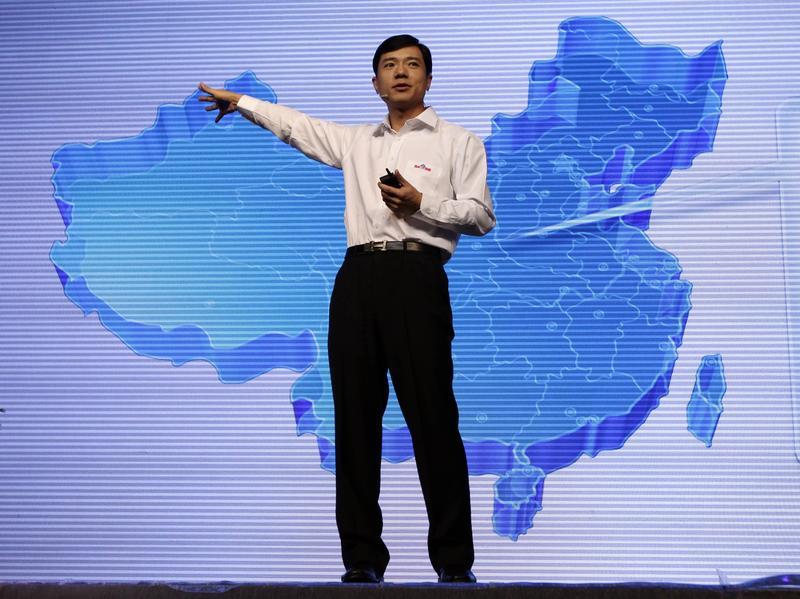 The odds are stacked against an activist shareholder who is challenging China’s top search engine. New York-based Acacia Partners objects to a bid from Baidu’s chief executive for the group’s Qiyi video subsidiary. The U.S. fund is right to highlight potential conflicts of interest. But it is hard to see an activist victory here.

This is the first time the $56 billion web giant has faced public shareholder dissent. In February, boss Robin Li teamed up with Qiyi’s CEO to make an offer for China’s second-largest video platform. The pair proposed to buy Baidu’s 80.5 percent stake for $2.25 billion.

Now, as a special committee of Baidu’s independent directors reviews the deal, Acacia has hit back, saying the sale is against the long-term interests of the company and its shareholders. Instead, it suggests, Baidu could keep the business, float it, or spin it off to investors.

Acacia has a point. There is an inherent conflict of interest in that Li, who has 54 percent of Baidu’s votes, sits on both sides of the deal. Acacia also argues the bid, which values Qiyi at $2.8 billion, is too low. It cites a report from 86Research which estimates the video service is worth more than double that.

Moreover, shareholders are somewhat in the dark as to how to value Qiyi. Baidu only started to break out limited information, including revenue and operating profit, for Qiyi in April. But it does not provide other key data, such as subscriber numbers.

Victory looks unlikely, though. Acacia’s 2.6 million shares equate to less than 1 percent of U.S.-listed Baidu. And shareholder approval is not required.

The episode highlights the sway that Li, as co-founder, chairman, CEO, and controlling shareholder, holds over Baidu. The same goes for China’s other internet giants. For example, Alibaba, the $205 billion e-commerce empire, is effectively controlled by founder and Chairman Jack Ma through a partnership of senior executives. Ma’s decision to shift Alibaba’s payments arm – now valued at $60 billion – into a separate vehicle he also controls remains controversial. Governance, disclosure and dealmaking are still issues for Alibaba today. But as with Baidu, any activists tempted to take on Alibaba would probably not get very far.

An investor in Baidu, China's most popular search engine, said on July 19 that the company's proposed sale of online video unit, Qiyi, to its own chief executive was priced too low and would damage the company's reputation.

In a letter to Baidu Chief Executive Officer Robin Li, U.S.-based investment firm Acacia Partners said that Li's bid for Qiyi was "against the best long-term interest of Baidu and its shareholders" and urged him to withdraw his offer.

According to Acacia, the firm has been a shareholder of Baidu since September 2012 and currently owns more than 2.6 million shares worth $400 million.

In February, Baidu received an offer for its 80.5 percent stake in Qiyi from Li and Qiyi CEO Yu Gong. The offer valued Qiyi, China's second-biggest online video provider through its iQiyi service, at $2.8 billion on a cash- and debt-free basis.

Baidu said in a statement it "upholds the highest standards of corporate governance". It said the "special committee continues to evaluate the proposed transaction and the company will provide an update on the progress when a conclusion has been reached".