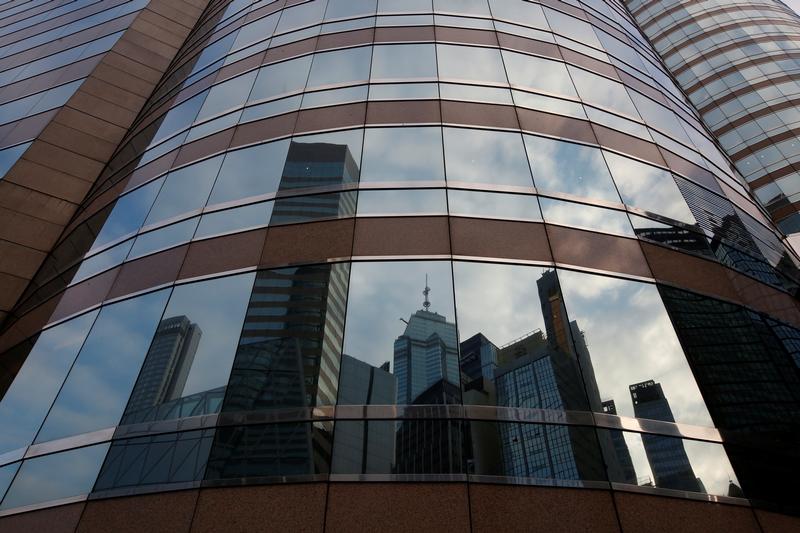 Hedge fund Oasis wants reform at GMO Internet, a Japanese firm that looks a bit like a small SoftBank. The prospects of an across-the-board victory at a shareholder vote look as unreal as the tokens GMO mines. Yet this could still prompt a juicy revaluation of the $2 bln target.

Nearby buildings are reflected on the exterior of Exchange Square at the financial Central district in Hong Kong, China November 23, 2017. REUTERS/Bobby Yip - RC127EE25920

Oasis says it owns more than 5 percent of Tokyo-listed GMO, which has a market value of about $2 billion.

GMO’s interests span online advertising, internet services such as web-hosting and domain registration, and financial businesses such as online foreign-exchange trading. In December, it launched a crypto-currency mining business.

Oasis proposed six items for GMO’s annual general meeting in March. It wants to abolish an anti-takeover measure; cap directors’ pay; require an independent chairman; create Western-style board committees for executive nomination and compensation; and introduce so-called “cumulative voting”, which would make it easier for outside shareholders to appoint directors.

A GMO spokeswoman told Reuters the company had no immediate comment. Shares in GMO rose 4.7 percent on Jan. 19, to 2,002 yen per share.