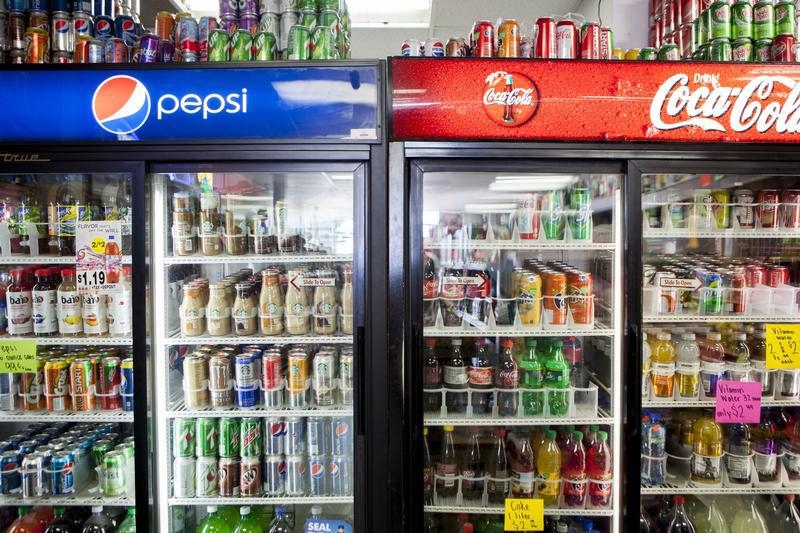 PepsiCo used to run advertisements in which it asked consumers to take a blind taste test comparing its cola to Coca-Cola’s. It was called the Pepsi Challenge. The world’s biggest soda-makers find themselves similarly challenged as stagnant sales have made them ripe, $300-billion plus, targets for agitators. Pepsi risks a proxy fight in 2015 over billionaire Nelson Peltz’s plan to break up the company. Coke, too, may face a radical shakeup.

It has been over 18 months since Peltz’s Trian Fund Management disclosed a big stake in Pepsi, and ten since Chief Executive Indra Nooyi rejected the activist’s proposal to split the Doritos-to-Mountain Dew maker’s snack and beverage divisions. Sweeter payouts and a better stock performance since then are unlikely to have mollified Trian, which has successfully pushed for splits at consumer food rivals including Cadbury and Kraft.

Coca-Cola, meanwhile, has yet to shake value investor David Winters, jazzed over the soda giant’s too-generous equity compensation plan and overall lackluster financial performance. Unsatisfied by Coke’s tepid response, Winters has since broadened his critique to include the company’s management under Chairman and Chief Executive Muhtar Kent.

The issues that agitated shareholders show few signs of easing in 2015. North American soda sales are in decline, and forays into trendier energy beverages and teas have underwhelmed. Coke’s newest project, a milk drink set to hit shelves next year, suggests the bigger company is convinced it can grow its way out of its current slump. Investors could argue for Coke to fess up to low growth, cut costs, and crank up cash rewards to shareholders.

Separating Pepsi’s stronger snacks from weaker beverages would cut bureaucracy and force the latter division to chart a more profitable course. A Coke breakup, perhaps along geographic lines, may seem a stretch while it has the support of its top shareholder, Warren Buffett. But it wouldn’t be unprecedented.

A troubled domestic market led tobacco giant Altria to spin off its faster-growing Philip Morris International division in 2008. The Marlboro parent company’s shareholders have tripled their money, while PMI has made a total return of 126 percent since the split – double what Coke and Pepsi chalked up. Shaking up the kings of carbonation could lead to some explosive returns in the year ahead.