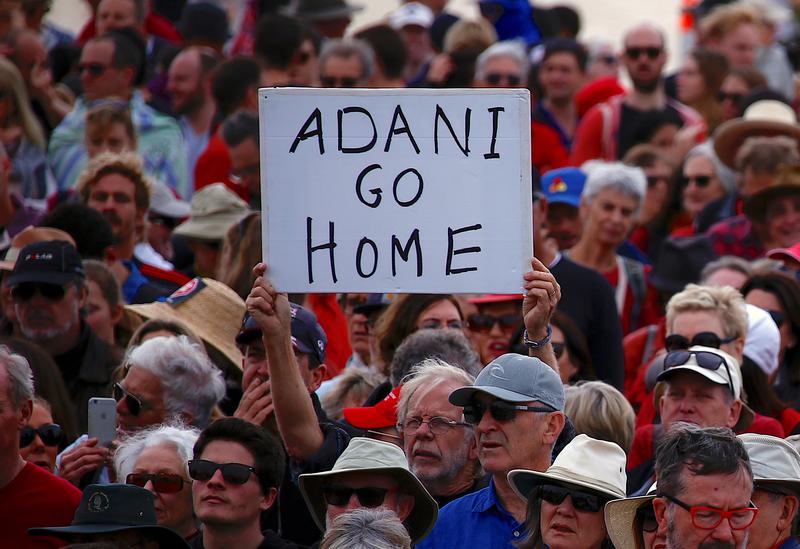 The Indian group has a green light to start digging at Australia’s $1.5 bln Carmichael mine, after years of opposition. Yet prices for power station fuel are soft, and the market is oversupplied. Its billionaire owner will feel vindicated, but it’s hard to see how he makes money.

or
Request a Free Trial
or
Carlyle’s botched Indian lender deal is awkward
Sign in to your Breakingviews account
If you need assistance please email breakingviews.clientsupport@thomsonreuters.com

Indian group Adani Enterprises said on June 13 that it had received the last go-ahead required to begin building its Carmichael thermal coal mine in Queensland, Australia.

FILE PHOTO: A protester holds a sign as he participates in a national Day of Action against the Indian mining company Adani's planned coal mine project in north-east Australia, at Sydney's Bondi Beach in Australia, October 7, 2017.

Indian group Adani Enterprises said on June 13 that it had received the last go-ahead required to begin building its Carmichael thermal coal mine in Queensland, Australia.