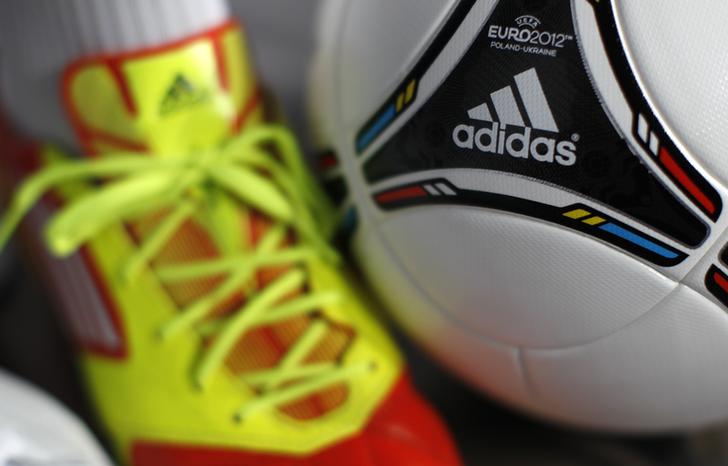 The world’s second-largest sportswear maker is handing back 1.5 bln euros to shareholders. They may welcome a tighter balance sheet. But the move doesn’t address Adidas’ core profitability challenges. Management is still disappointingly short on ideas where it matters.

A shoe and a soccer ball by German sporting goods maker are pictured before the company's annual news conference in the northern Bavarian town of Herzogenaurach March 7, 2012.

Adidas plans to return 1.5 billion euros ($1.9 billion) to shareholders over the next three years, the German sportswear maker said on Oct. 1.

The group also issued two bonds with a combined value of 1 billion euros, while stressing that the buybacks would be financed mainly from its free cashflow. Adidas said it would lift investment in marketing as previously planned.

The cash return is to start in the fourth quarter of 2014.

Adidas is struggling to keep pace with larger U.S. rival Nike in the sportswear market. It issued its third profit warning in a year in July, blaming a plunge in sales at its golf business and exposure to a weak Russian market.

German business monthly Manager Magazine in September reported hedge funds including Knight Vinke, Third Point and TCI were considering buying stakes in Adidas to pressure management to make sweeping changes, although one of the funds dismissed this.