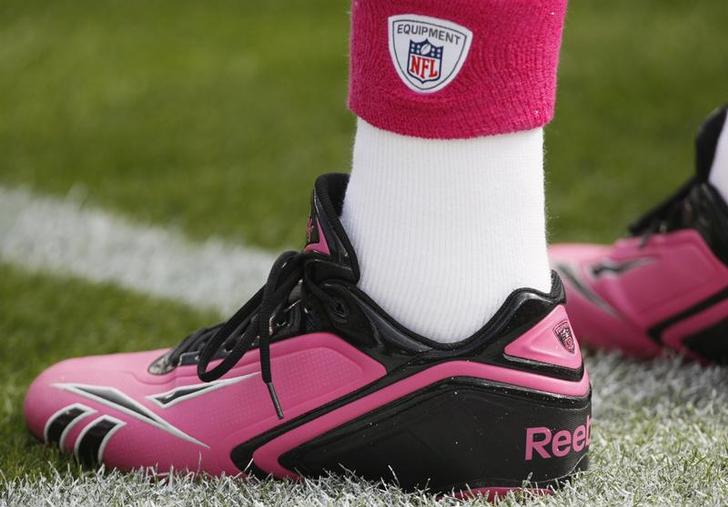 Purchased in 2006 for an overpriced $3.8 billion, Reebok has never lived up to expectations. Now a group of investors including Jynwel Capital and funds affiliated with the Abu Dhabi government is mulling a 1.7 billion euros ($2.2 billion) bid for the unit, according to the Wall Street Journal.

It is easy to see why Reebok might now be attracting interest. Adidas initially suffered disappointing synergies and falling sales from the business. But the deal has slowly started to pay off thanks to Reebok repositioning from a general sportswear maker to a personal fitness brand, focusing on yoga, dancing and gear for CrossFit (a fitness programme fusing weightlifting, gymnastics and endurance activities). Reebok sales have grown five quarters in a row and profitability is improving.

The temptation will be to cling on to it. Adidas has plenty of problems but Reebok now isn’t one of them. A series of profit warnings has wiped out 38 percent of the shares’ value this year. The company has a strong balance sheet and does not need the cash. Moreover, the architect of the original acquisition was Herbert Hainer, who remains chief executive.

Still, if an offer materialised at the mooted level, it would be hard to resist on financial grounds. With Reebok’s 2013 sales at 1.6 billion euros, it would value the U.S. brand at 1.1 times last year’s revenue. That’s a 33 percent premium to Adidas’ overall valuation, even though Reebok’s profitability is weaker. The proceeds could be returned to shareholders, and management could focus on the real challenges – like ailing golf brand TaylorMade. Strategically, it is hard to see how a sale of Reebok would hamper the remaining business.

Hainer recently signaled shareholder friendliness with a buyback programme. News of the possible Reebok approach sent the stock 3.6 percent higher. The market may be too optimistic about a deal materialising. But if Hainer can get an auction going, that might start to alleviate the shares’ terrible underperformance this year.

The wording of the reference to CrossFit in paragraph three of this item has been corrected.

A Denver Broncos player wears Reebok boots before competing against the Dallas Cowboys in their NFL football game in Denver October 4, 2009.

Shares in Adidas closed up 3.6 on Oct. 20 after the Wall Street Journal reported that an investor group that includes Jynwel Capital and funds affiliated with the Abu Dhabi government was planning a 1.7 billion euros ($2.2 billion) bid to buy Reebok from the German sportswear maker.

Jynwel Capital, a Hong Kong-based private equity investment and advisory firm run by Jho Low, and the Abu Dhabi government-affiliated funds planned to make the offer imminently in a letter to Adidas directors, the Journal reported, citing unnamed sources close to the matter.