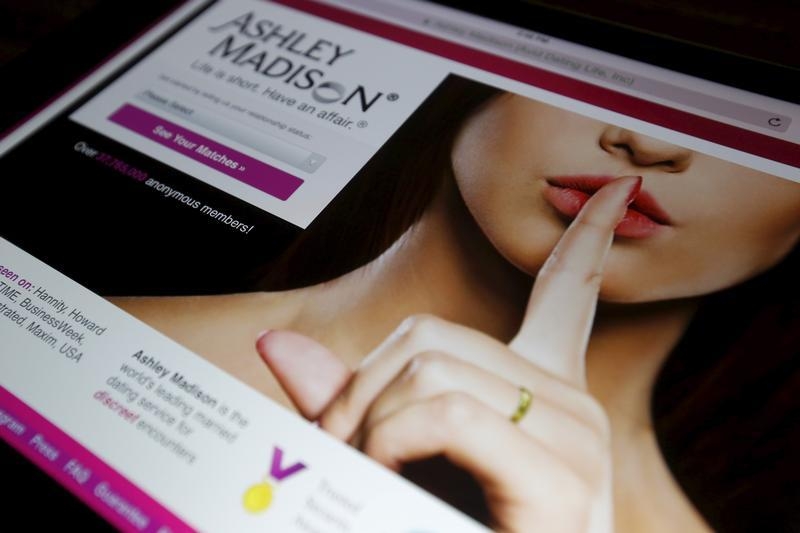 The hacking of adultery website Ashley Madison has revealed more than just an embarrassing list of email addresses, including many seemingly from prominent financial institutions. It exposed a business model that couldn’t deliver the tantalizing product on offer to most of its customers.

The site’s success was predicated on what economists call the network effect. In Ashley Madison’s case, married men, and supposedly women, were attracted to the site on the promise they could meet others like them looking for an extramarital fling. The more people flocked to the marketplace, the more valuable the network would become. That presumably was a component of its plan, unveiled earlier this year, to raise capital with a London stock listing.

Given the nature of trade conducted through Toronto-based Ashley Madison, discretion was a key selling point, more so than for a stock exchange where buyers and sellers meet or even Facebook, where friends and acquaintances connect. So when the site was hacked, putting at risk the information contained in its nearly 40 million accounts, a core competency was violated.

But the more damaging revelation in a business sense is that few of the site’s users are women. A survey of the hacked data by Errata Security shows that of the 36 million accounts posted, 28 million belong to men and 5 million to women – and it’s unclear how many of the latter are actual people.

The hackers, meanwhile, suggest real women made up fewer than 10 percent of the total. That dovetails with allegations that the company has tried to spruce up female user numbers with bots and fake accounts. The hackers’ statement, for example, cites a lawsuit by a former employee who said she created up to a thousand phony female profiles.

These figures also seem to contradict Chief Executive Noel Biderman’s claims about his user base, including that Ashley Madison’s members under the age of 35 were split evenly between genders.

The singles dating service Match.com boasts of a 50-50 split. Dating app Tinder has near gender parity, according to news reports. An exchange that purports to connect men with women needs both on its books, in similar numbers. Any potential investors can thank Ashley Madison’s hackers for uncovering this damaging flaw.

Hackers published personal data from over 36 million users of infidelity website AshleyMadison.com on Aug. 18, according to a report by tech site Wired.

Avid Life Media, the Canadian parent of Ashley Madison, confirmed on Aug. 19 that some legitimate data had been stolen and posted online, but said it has never stored credit card information on its servers.

The hackers, who call themselves the Impact Team, claimed responsibility for a security breach of the site in July, and threatened to publish account details, including email addresses and credit card information of the site’s users.

Prior to the July 2015 hacking incident, the company was considering an initial public stock offering in London and sought to raise roughly $200 million, but failed to attract investors, according to Reuters sources.