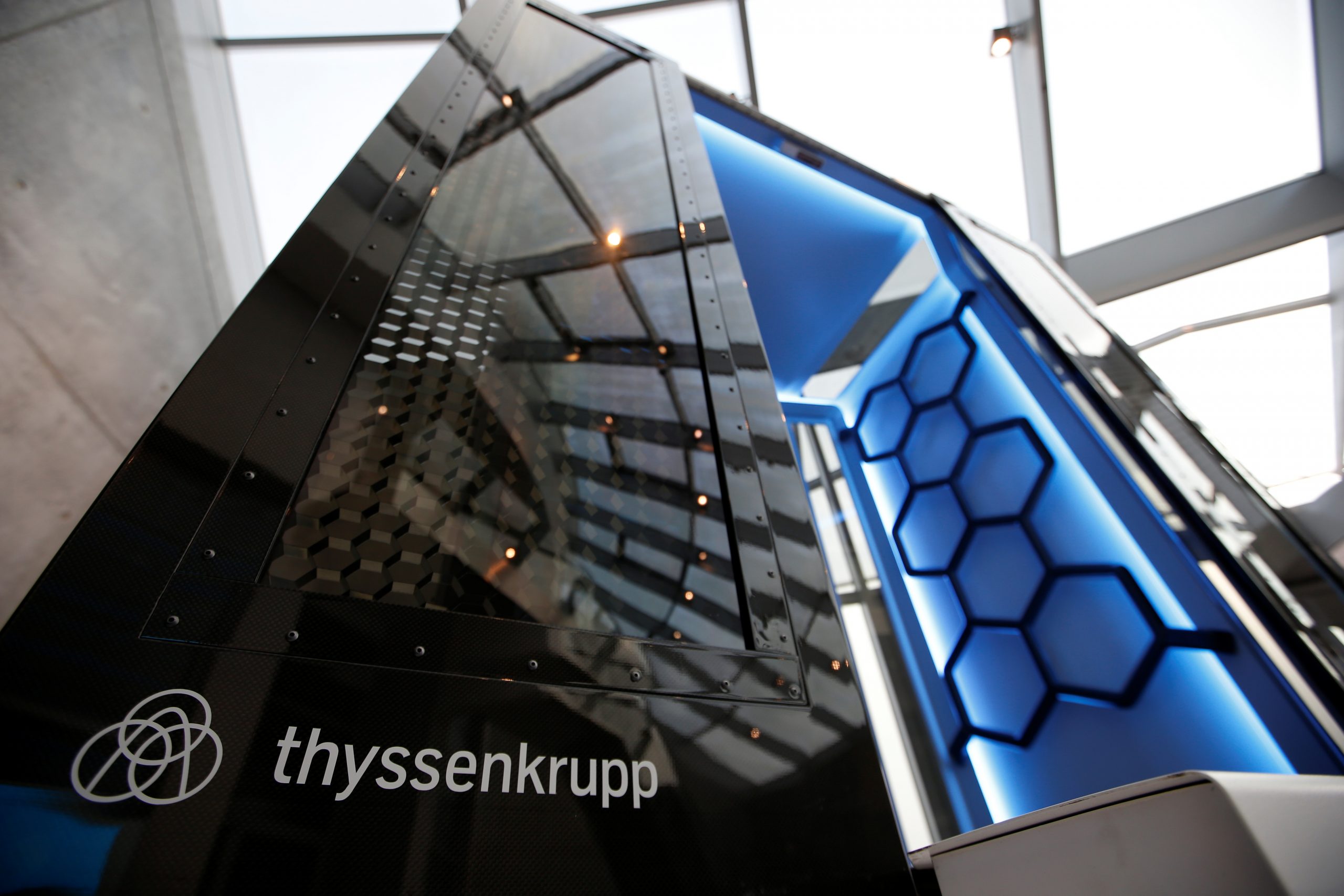 A consortium led by the buyout group is paying 17.2 bln euros for Thyssenkrupp’s lift unit. It’s spending more than expected after being pushed to the wire by rival Blackstone. But assuming Advent can load up on debt and hike margins, it can just about make the ride worthwhile.

A model of the elevator called MULTI is pictured inside Thyssenkrupp's elevator test tower in Rottweil, Germany, January 21, 2020.

Thyssenkrupp said on Feb. 27 that it has agreed to sell its elevator division to a consortium of Advent, Cinven and Germany's RAG foundation for 17.2 billion euros ($18.7 billion).

The winning group prevailed against a rival consortium comprising Blackstone, Carlyle and the Canada Pension Plan Investment Board.

Finnish rival Kone, which had offered around 17 billion euros, dropped out of the race earlier this month due to concerns its bid would run into antitrust problems.

The German industrial group said it would use proceeds from the sale, which should close by the end of this financial year, to fund its pension liabilities, pay down debt and turn around its struggling steel division.