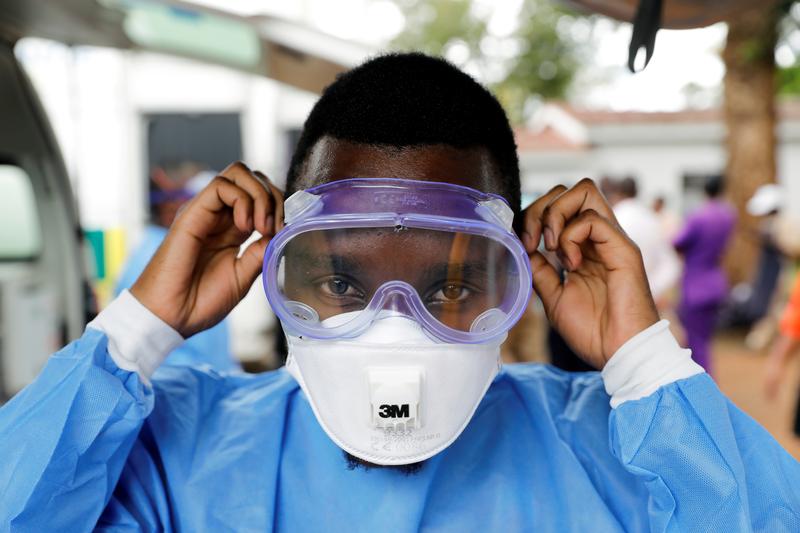 The continent wants to delay $40 bln of external payments. Convincing the IMF and China will be easier than private creditors, who are owed half. With Covid-19 upending normal rules, though, granting relief is the right move. It will also help avoid costlier chaotic defaults.

A private ambulance paramedic puts on protective gear during a training to prevent the spread of the coronavirus disease (COVID-19) in the town of Thika, near Nairobi, Kenya, March 20, 2020.

The International Monetary Fund and World Bank spring meetings, which start on April 14, are set to consider African proposals for an additional $100 billion of financing to tackle the coronavirus.

In a March 22 joint letter, African finance ministers called for the immediate suspension of all sovereign and public sector debt repayments due in 2020, estimated at $44 billion this year.

The UK-based Jubilee Debt Campaign estimates African governments are due to make at least $37 billion in external debt payments this year, including $16.8 billion to private creditors.

China is Africa’s biggest bilateral creditor, having issued $145 billion in loans from 2000 to 2017, according to Johns Hopkins University’s China Africa Research Initiative.

The African Union on April 12 appointed Tidjane Thiam, former chief executive of Credit Suisse, as a special envoy to solicit international financial support for the continent’s fight against the coronavirus.