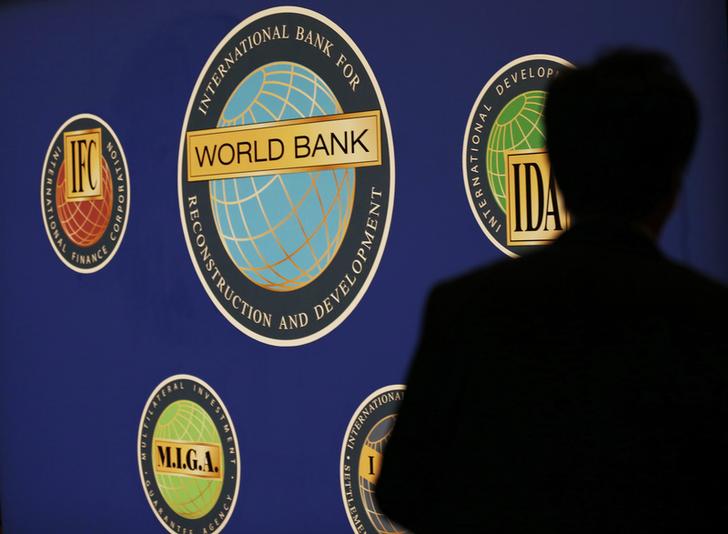 The IMF and World Bank are basking in Africa’s success – devoting much of their meeting this week to discussing the region. Sub-Saharan Africa is enjoying the fastest growth since independence in the 1960s. But profligate spending and current account deficits could spoil the party.

A man is silhouetted against the logo of the World Bank at the main venue for the International Monetary Fund (IMF) and World Bank annual meeting in Tokyo October 10, 2012.

The economies of sub-Saharan Africa expanded by 4.9 percent in 2013 – faster than all of the BRIC nations, with the exception of China, according to the International Monetary Fund’s World Economic Outlook, published on April 8.

But the fund’s Fiscal Monitor, published on April 9, pointed to rapid rises in African government spending and high fiscal deficits. The budget deficit in Ghana has been above 10 percent of GDP for the past two years, up from 6.5 percent of national income in 2011. The country’s current account deficit was also 13 percent of GDP in 2013, the outlook showed.

The International Monetary Fund and World Bank are holding their spring meetings in Washington between April 11 and April 13.