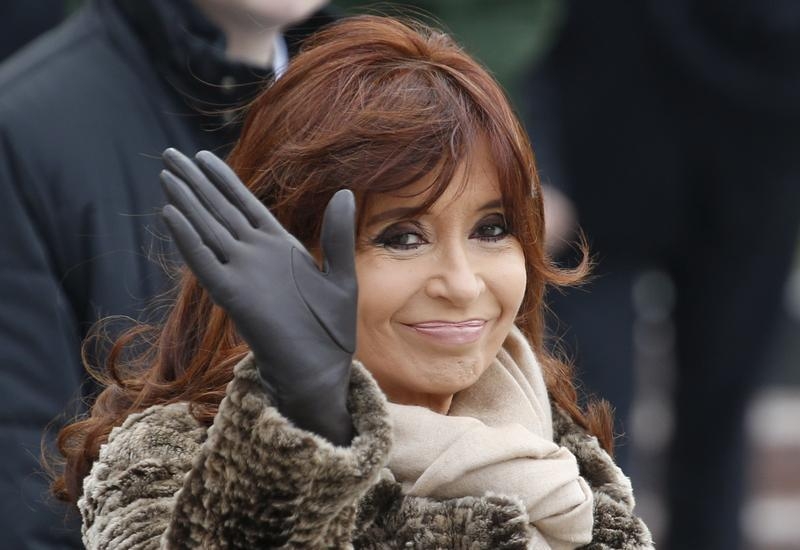 No matter who wins the Argentine presidency in Sunday’s election, Latin America’s third-biggest economy will emerge more welcoming to investors than it has been under outgoing leftist leader Cristina Fernandez. To be fair, that’s not saying much.

After years of interventionist policies, prickly nationalism and magical economic thinking, Argentina is in default on its sovereign debt and faces double-digit inflation, dwindling foreign reserves and a growing fiscal deficit. The International Monetary Fund sees the economy growing just 0.4 percent this year and shrinking 0.7 percent in 2016.

Front-runner Daniel Scioli, the candidate of Fernandez’s Front for Victory party and the governor of Buenos Aires province, is offering a more gradual fix for the nation’s woes than his center-right main rival Mauricio Macri, who favors more immediate shock therapy.

Scioli wins outright if he gains at least 40 percent of the vote on Sunday and has a 10 percentage-point lead over Macri, as polls suggest may happen. Otherwise the two will face off on Nov. 22, with Scioli again favored to win. Sergio Massa, a former top Fernandez aide, is polling in third place with 20 percent support but is unlikely to beat either rival into the runoff.

Scioli is ahead in part because he has been careful not to distance himself too far from Fernandez’s popular social programs, while intimating that he will be his own man once in power. Like Macri, Scioli is likely to seek a deal with holdout creditors, dubbed “vultures” by Fernandez, who are suing the country over defaulted bonds, and he may have more chance than his rival of getting any agreement past a left-leaning Congress. A former vice president of Argentina under Fernandez’s late husband Nestor Kirchner, Scioli knows how to operate the levers of power, while Macri could face ideological gridlock. A deal would end Argentina’s pariah status on global debt markets.

Business favorite Macri, the mayor of Buenos Aires, says he would quickly lift capital controls and let the peso float freely. Scioli, a former power boat champion who lost an arm in a 1989 crash, would rather proceed more gently but may be forced to devalue anyway. The Argentine currency hit a record low of 16.10 to the dollar on the black market earlier this week as investors bet on an upcoming devaluation, whichever government takes office in December. Unlike Fernandez, whose government was admonished by the IMF for rigging its economic data, Scioli would not be able to simply wish such harsh realities away.

Argentina's President Cristina Fernandez waves as she takes part in a wreath laying ceremony at the Tomb of the Unknown Soldier by the Kremlin walls in central Moscow April 23, 2015. REUTERS/Sergei Karpukhin

Argentina holds elections on Oct. 25 to choose a successor to leftist President Cristina Fernandez, who is constitutionally barred from seeking a third successive term. Polls put Daniel Scioli of the ruling Front for Victory party well ahead, suggesting he may win the election outright by garnering 40 percent of the vote and beating his closest rival by 10 percentage points.

The center-right mayor of Buenos Aires, Mauricio Macri, is in second place on about 30 percent and Sergio Massa, a former Fernandez cabinet chief, third with about 20 percent. If no candidate wins the first round with either 45 percent of the vote, or 40 percent and a 10-point margin, a runoff election between the top two contenders will be held on Nov. 22.

Whoever succeeds Fernandez will inherit Argentina’s long battle with global investors who rejected its debt restructuring following a 2002 default to seek full repayment in the courts instead. Fernandez has refused to offer better terms to the litigating hedge funds than to creditors who accepted steep writedowns in bond swaps.