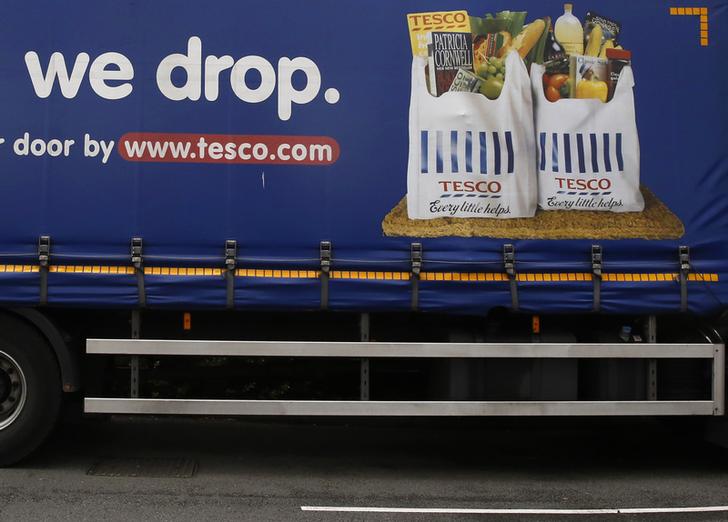 Tesco needs to reduce, rebuild and review. Friday saw a jumbo profit alert from the UK grocer, plus a big cut to the interim dividend and a lowered capex budget. The good news was that the new chief executive is to arrive a month earlier than originally envisaged. This kitchen-sinking will make life easier for Dave Lewis when he starts on Sept. 1. But his trolley is still loaded high with problems.

Top of the agenda is the supermarket price war. Tesco has done little more than skirmish so far, for example by offering repeat shoppers cheaper fuel. Lewis has to get bigger guns blazing. He needs to stem the flow of custom to mainstream and upstart hard-discount rivals, notably Asda and Aldi. Tesco founder Jack Cohen piled it high and sold it cheap. The best of his successors have done the same. In joining that cohort, Lewis should focus the fight on one front, and the mass market is more important than the upmarket.

To succeed, Lewis also needs to rebuild the management. He will be the only permanent executive director on the Tesco board. A new finance director, currently serving out notice from Mark & Spencer, will join him in December. The CEO of a company of Tesco’s size probably needs three executive lieutenants. These need not be outsiders but could be. Some promotion from within would boost confidence for morale-sapped middle ranks.

Third, Lewis should put Tesco’s international business under strategic review. This isn’t the time for value-destroying knee-jerk disposals. Tesco generates around one-third of its sales overseas. There’s a risk that radical restructuring will distract from the crucial job of securing command of its domestic market. But the UK must come first. It is problems at home that lead to the super-sized profit alert. Tesco expects to make between 2.4 billion and 2.5 billion pounds of trading profit in the current year – down by a quarter on last year.

If there is any doubt about a strengthened management team’s ability to defend the home turf while running a global operation, Tesco should withdraw from battles abroad. This is Britain’s biggest supermarket. Its primary ambition should be to stay that way.

Tesco, Britain’s largest supermarket, is to cut its interim dividend by 75 percent.

A same-sized shift in the full-year payment would see the annual dividend fall to 3.69 pence against 14.76 pence last year.

Dave Lewis, the recently appointed chief executive, will take up his post on Sept. 1, one month before originally envisaged.

Part of a slogan is pictured on the side of a Tesco supermarket delivery truck in New Malden southwest London June 4, 2014.

Tesco, Britain’s largest supermarket, is to cut its interim dividend by 75 percent.

A same-sized shift in the full-year payment would see the annual dividend fall to 3.69 pence against 14.76 pence last year.

Dave Lewis, the recently appointed chief executive, will take up his post on Sept. 1, one month before originally envisaged.