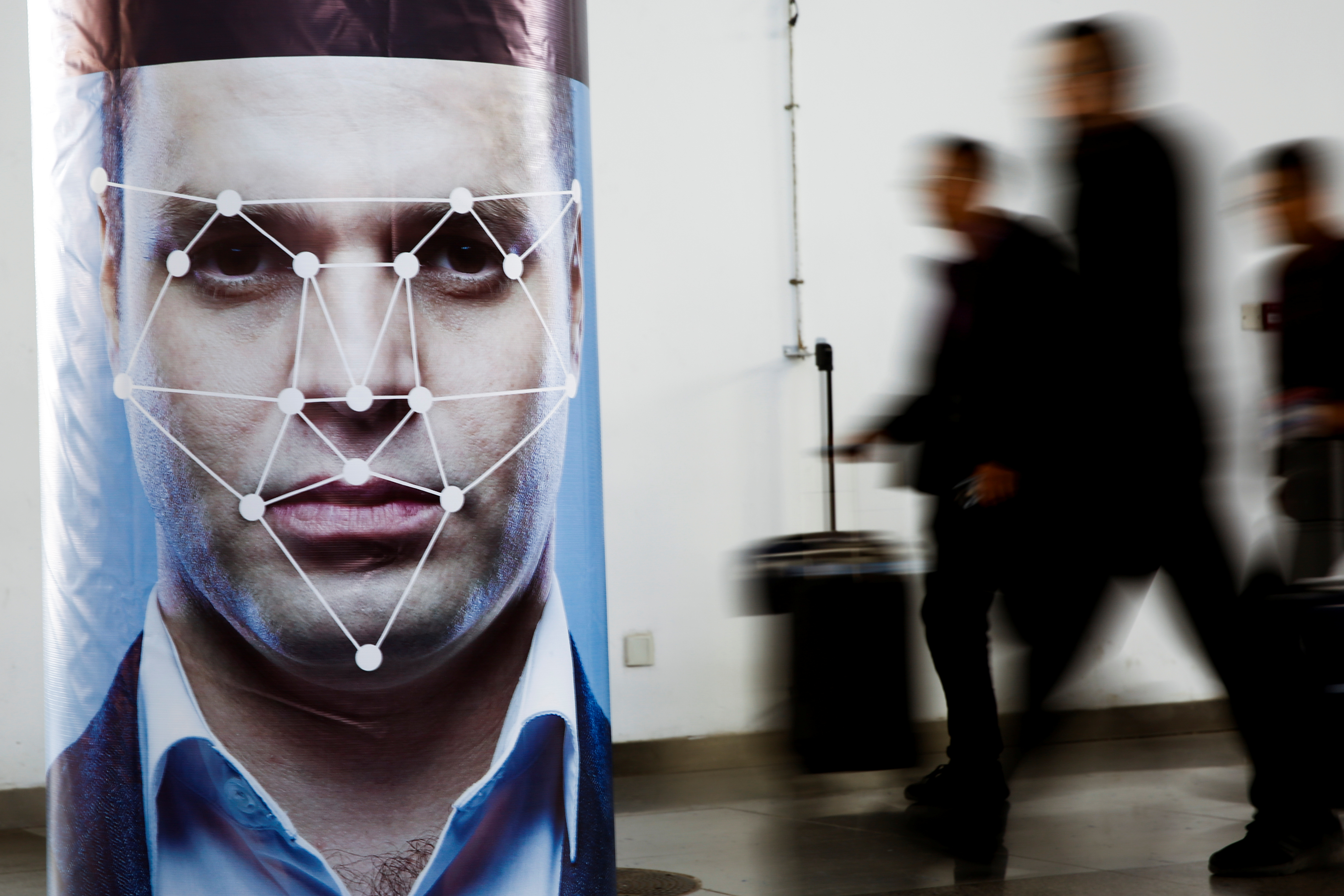 Consumers love FaceApp’s filter for making selfies look older or sexier. Its Russian ownership has suddenly sparked privacy worries. Yet the app isn’t new, and people have been posting their images on social media for years. It’s past time for regulators to set some boundaries.

People walk past a poster simulating facial recognition software at the Security China 2018 exhibition on public safety and security in Beijing, China October 24, 2018.

Senator Chuck Schumer on July 17 called on the Federal Bureau of Investigation and the Federal Trade Commission to examine FaceApp over worries that it could share data with the Russian government. The app, created by Russian firm Wireless Lab, uses artificial intelligence to create filters that can modify a selfie, making the image look older or of the opposite gender, among other things. It was the most popular free app on Apple’s store on July 18.

The Democratic National Committee also sent out an alert to the party’s presidential candidates on July 17 warning them against using the app.

The app’s terms of use include the following: “You grant FaceApp a perpetual, irrevocable, nonexclusive, royalty-free, worldwide, fully-paid, transferable sub-licensable license to use, reproduce, modify, adapt, publish, translate, create derivative works from, distribute, publicly perform and display your User Content and any name, username or likeness provided in connection with your User Content in all media formats and channels now known or later developed, without compensation to you.”