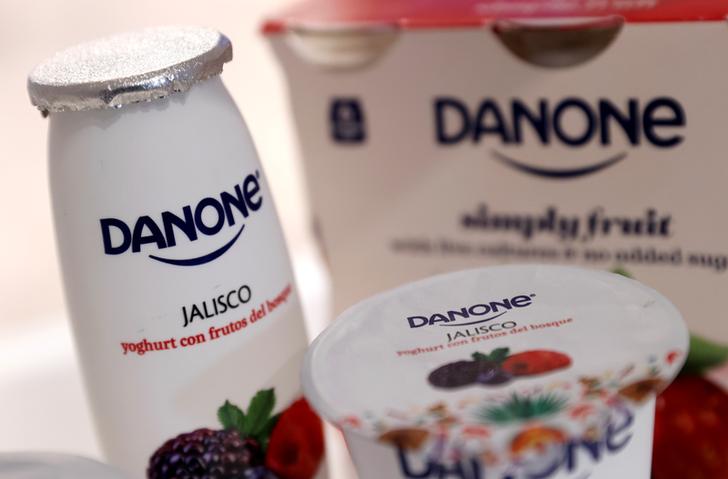 Watered down. Antoine de Saint-Affrique’s new recipe is looking thin. Danone’s new boss, appointed in May after his predecessor was turfed out by activist shareholders, wants to rotate a tenth of the group’s portfolio through M&A, but doesn’t think there’s anything wrong with his broader categories: stuff like yoghurt and plant-based substitutes, water and specialised nutrition. If he’s right, he should set punchier targets.

De Saint-Affrique wants the yoghurt maker to finally outgrow its markets. He’s aiming for 3% to 5% organic growth this year. This rate was once a consumer goods norm but it looks lacklustre when the International Monetary Fund expects prices to rise 3.9% in advanced economies and 5.9% in emerging markets.

A recurring operating margin goal of more than 12% is also underwhelming considering the metric was 13.7% last year. Investing in brands should be a priority and de Saint-Affrique’s desire not to extend Danone’s record of missing targets is commendable. But a dollop more ambition would have helped keep shareholders happy. (By Dasha Afanasieva)

Trading halt. It takes conviction to invest in a company whose stock headed south for almost five years. Either that or some inside knowledge – used within the rules, of course. Even then, it’s a tough call to buy into a coal-heavy company trying to transition to clean energy.

Yet Graeme Hunt reckons AGL Energy, the beleaguered Australian power company he runs, is worth at least 20% more than the sweetened A$8.3 billion ($6.1 billion), or A$8.25 per share, Brookfield Asset Management and Grok Ventures offered at the weekend before walking. Trouble is, neither he nor his fellow board members appear ready to act on the sentiment.

Excluding Graham Cockroft, who joined this year, no director has bought more than A$20,000-worth since September 2020, according to the Australasian Centre for Corporate Responsibility. That’s despite shares hitting a multi-decade low of A$5.10 a piece in November, some 80% below its 2017 high. The price is now A$7.33. Not only would buying in recent months have made directors a nice earner, it would have added weight to their insistence on hidden value. (By Antony Currie)