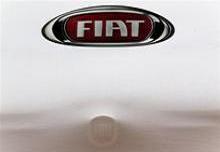 Industrial groups go through a time of strength, a time of privilege and a time of vanity, the late Italian entrepreneur and Fiat Chairman Giovanni Agnelli once remarked. “For me the first is the only one that counts”, he added. His grandson John Elkann, the chairman and chief executive of Exor, the Agnelli family’s investment group through which it controls Fiat, seems to concur.

His decision to sell a 15 percent stake in Swiss inspection group SGS is a case in point. The proceeds of the deal – some 2 billion euros – will significantly boost Exor’s financial firepower and strengthen its hand in the endgame of the upcoming Fiat-Chrysler merger.

Elkann said last week that he wanted Exor to keep a 30 percent stake in the merged Italian-American carmaker. Fiat already owns 58.5 percent of Chrysler and wants to buy out the other remaining shareholder, VEBA, a union’s pension fund. So far there is no agreement on price, and the two parties are embroiled in a lawsuit about Chrysler’s true value. Analysts estimate that Fiat will have to pay up to $3.5 billion for VEBA’s stake. According to media reports, the Italians are in talks with banks to secure financing of $10 billion to both buy out VEBA and refinance the new company’s debt. In the process, Fiat-Chrysler, which could be listed in New York, may also need a capital increase.

Exor stresses that it doesn’t need the proceeds of the SGS sale to avoid dilution, and points to its existing 1.6 billion euro cash pile. This, however, would have required the group to take up 813 million euros of additional debt, the maximum compatible with an investment grade rating.

Exor may not have to use much of the SGS proceeds to remain a 30 percent shareholder in Fiat-Chrysler. It insists that the SGS money is earmarked for new investment projects in Europe and the United States. Nonetheless, the sale provides a safety cushion against the combining of Fiat and Chrysler.

Wherever Exor invests its new 2 billion euros, it may struggle in the future to match the returns of the SGS deal. The stake in the Swiss company earned capital gains of 1.53 billion euros over 13 years. This translates into a 17 percent annual internal rate of return, the likes of which aren’t easy to come by these days.

A Fiat car under covers is seen at a dealership in Rome October 30 2012. REUTERS/Alessandro Bianchi

Exor, the holding company of Italy’s Agnelli family, announced on June 3 the sale of its stake in Swiss inspection and verification company SGS. Exor is selling its 15 percent stake in SGS for 2 billion euros to a subsidiary of Belgium’s Groupe Bruxelles Lambert. At a price of 2,128 Swiss francs per share, this amounts to a discount of 1.6 percent compared to SGS’s closing price on May 31.
Exor, which bought into SGS more than 13 years ago, made a capital gain of 1.53 billion euros and says it earned an internal rate of return of 17 percent per year on its SGS stake.
Exor is also a controlling shareholder in Italian carmaker Fiat. Fiat owns 58.5 percent of U.S.-based Chrysler and is trying to buy the remaining 41.5 percent from a pension fund of the United Auto Workers’ union.