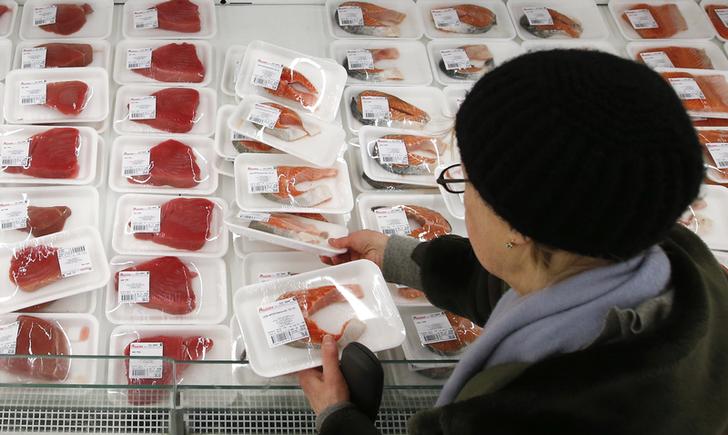 It is a deal waiting to happen. To be completed, however, the protagonists may have to show that a 25 billion euro tie-up between Ahold of the Netherlands and Delhaize of Belgium is not an accident waiting to happen.

Ahold, which has around twice the market capitalisation of Delhaize, will have to take the lead in this long-anticipated piece of supermarket M&A. But investors seem to think there could be chunky enough synergies from the combination for both companies to benefit. The reports of talks led to smart share price increases on Monday morning, with Delhaize up twice as much as the putative acquirer.

The lion’s share of any financial benefits would have to come from the combination of the two companies’ U.S. businesses, which would account for about two-thirds of joint sales, Barclays analysts calculate. Most of the rest of the combined company’s 61 billion euros of revenue and 2.2 billion euros of earnings before interest and tax would come from the home Benelux markets, with eastern Europe and Asia providing a little less than 10 percent, it says.

The merger idea makes sense. There is geographical overlap in the East Coast of the United States and a similar focus on the upper middle segments of their markets. Both companies have had trouble increasing revenue.

A combination of Delhaize’s Food Lion with Ahold’s Stop & Shop and Giant will certainly leave room to cut costs. But it will not automatically ease a difficult competitive environment. U.S. retail leader Wal-Mart is unlikely to reduce its pressure on old-fashioned supermarkets.

Financing may also be an issue, especially if the sellers are anxious for cash. Although Ahold is not highly geared, it has just finished a 2 billion euro share buyback programme. A reversal may be required to get the deal done. Neither Ahold’s board nor its investors will want to do a transformational deal which resembles the disastrous highly levered U.S. food service acquisition in 2000.

It is easy to see why expectations of a deal are running high. Success, however, is not a fait accompli.

Media reports that Ahold of the Netherlands and Delhaize of Belgium are considering a merger sent shares in both supermarket groups up sharply on May 11. Ahold saw its stock rise 6.6 percent by 1200 BST. Shares of Delhaize rose 14.7 percent by the same time.

A customer picks fish fillet as she visits the fish department January 15, 2015.

Media reports that Ahold of the Netherlands and Delhaize of Belgium are considering a merger sent shares in both supermarket groups up sharply on May 11. Ahold saw its stock rise 6.6 percent by 1200 BST. Shares of Delhaize rose 14.7 percent by the same time.