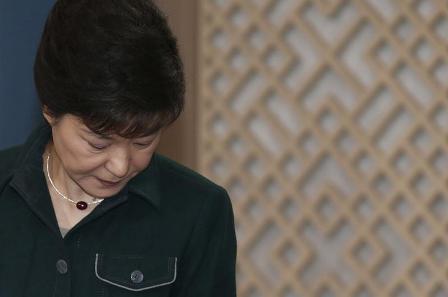 The Bank of Korea is making a big mistake by not cutting interest rates more aggressively. A weaker Japanese yen and tepid global demand are squeezing the country’s exporters from Hyundai Motor to steelmaker Posco. Though demand from China is still growing, shipments to Europe are falling, while those to the United States have stalled.

The Bank of Korea last reduced its base rate by a quarter percentage point to 2.75 percent last October. Since then, inflation has steadily slowed. It’s just a little above 1 percent now, much below the central bank’s 2.5 percent to 3.5 percent target range. It’s hard to see how domestic demand will suddenly perk up when investments are sputtering and consumers are still grappling with existing liabilities. Average household debt rose to a nine-year high of 136 percent of disposable income in 2012.

The government is trying to liven up the economy by boosting its own spending by an additional 19 trillion won ($17 billion) this year. While the stimulus is the largest since 2009, it will add a meagre 0.3 percentage points to the official forecast of 2.3 percent GDP growth in 2013, according to HSBC. Similarly, the recent effort to get state-run institutions to extend an extra $10 billion in cheap trade financing to small and midsized exporters is unlikely to help much, given the stifling dominance of South Korea’s conglomerates.

The only justification for the central bank’s hawkish stance is that although there’s very little price pressure in the economy, Koreans are still expecting about 3 percent inflation in future. But then, people’s expectations have remained stubbornly higher than actual price gains for more than a year now.

It’s possible that the seven-member monetary policy committee will accept a rate cut proposal – defeated by one vote in April – at its next meeting on May 9. But such an outcome is far from a foregone conclusion. The time for monetary medicine is now, before prices start falling. Otherwise, Japan’s exit from the deflationary quagmire might just end up pushing Korea into it.

South Korea's President Park Geun-hye leaves after speaking to the nation at the presidential Blue House in Seoul March 4, 2013.

South Korea’s state-run financial institutions will extend an additional 11.1 trillion won ($10 billion) in trade financing to small and midsized companies to spur exports, which grew a less-than-expected 0.4 percent from a year earlier in April, the Financial Times reported on May 1.
Korean consumer prices rose 1.2 percent from a year earlier in April, slowing from 1.3 percent in the previous month. Industrial production fell for a third straight month in March.