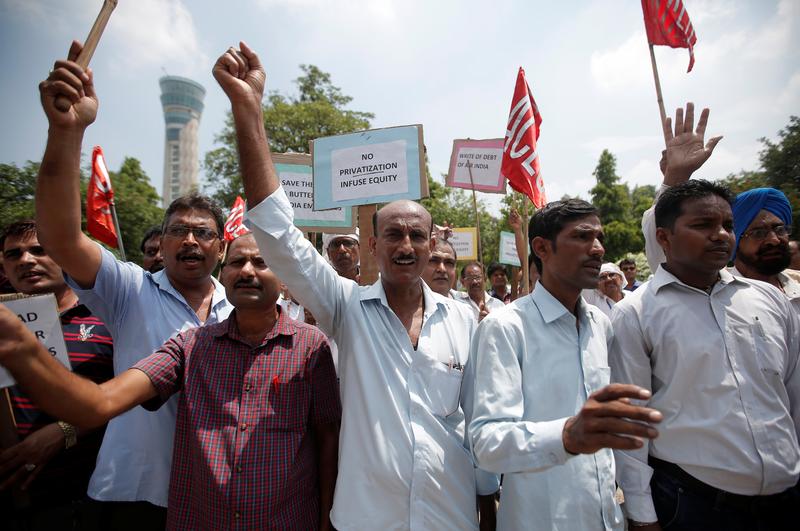 The carrier is a travelling advertisement for India’s inefficiencies. It has made losses for nine years and turnaround efforts have failed. A sale may push a multi-billion dollar writedown on lenders, but would validate Prime Minister Modi’s reform credentials.

Air India employees hold placards as they shout slogans during a protest against the proposed privatisation of Air India by the government, in New Delhi, India July 18, 2017. REUTERS/Adnan Abidi - RTX3BW03

Air India is drawing up a proposal to offer voluntary buyouts to just over a third of its 40,000 employees, Reuters exclusively reported on July 18 citing a senior company official.

On June 28, India confirmed it was considering the strategic sale of Air India and five of its subsidiaries. On July 20, the Cabinet Committee on Economic Affairs gave "in-principal approval" for considering divestment.

India has injected 24.7 billion rupees ($3.85 billion) into Air India as part of a turnaround plan approved in 2012, the Ministry of Civil Aviation said on March 30. Under the agreement, the government committed to infuse a total 30.2 billion rupees by 2021.