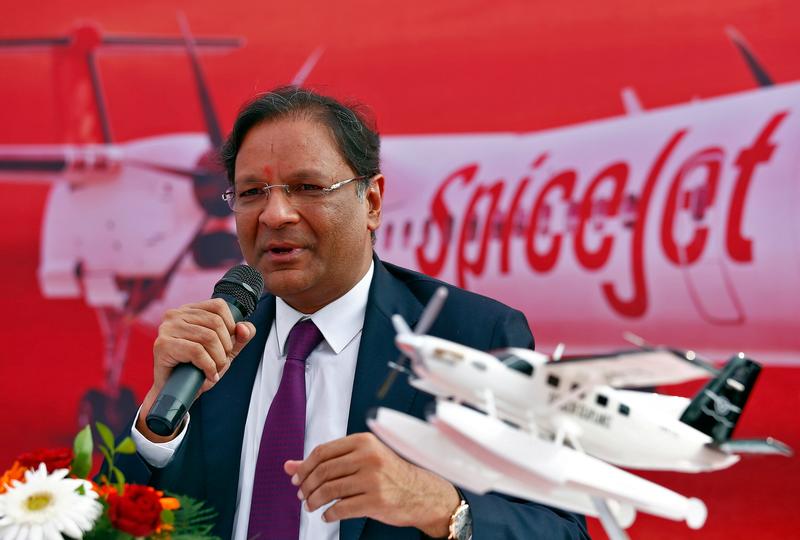 Prospective owners of the soon-to-be privatised national carrier could learn from SpiceJet. Co-founder Ajay Singh brought the low-cost airline back from the brink by improving punctuality and refocusing the route network. That has helped to deliver record earnings.

Ajay Singh, Chairman of Indian low-cost carrier SpiceJet, speaks with the media before the landing of an amphibious seaplane from Japan's Setouchi Holdings in the Arabian Sea as part of a demonstration by SpiceJet in Mumbai, India, December 9, 2017. REUTERS/Shailesh Andrade - RC14E58B96F0

Passenger yield, a measure of average fare and distance flown, increased 14 percent. Domestic passenger load factor, which measures how much of an airline's passenger carrying capacity is used, was 95 percent.

SpiceJet shares have risen 114 percent over the past year.