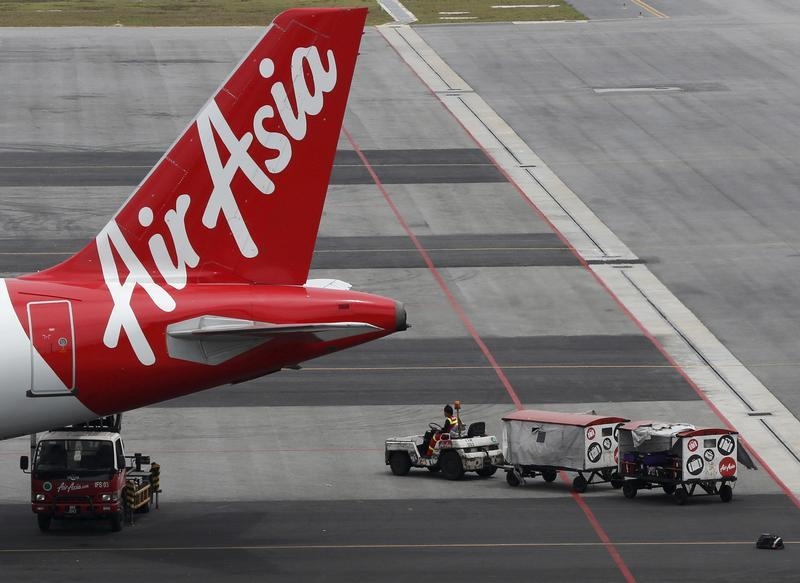 Co-founder Tony Fernandes would need about $800 mln of additional financing to take the embattled budget carrier private. Though buyouts are rare in the cyclical industry, it could make sense for investors willing to bet on a Malaysian recovery and on oil prices staying low.

An AirAsia baggage handler drops a bag on the tarmac at Kuala Lumpur International Airport in Sepang, Malaysia, June 17, 2015. AirAsia Bhd's shares skidded as much as 13 percent on Wednesday as investors spooked by a report questioning the Malaysian budget carrier's accounting remained unconvinced by Chief Executive Tony Fernandes' confidence that his firm can raise cash readily and has no need for recapitalisation. REUTERS/Olivia Harris

Shares of Malaysia’s AirAsia rose 6 percent by late morning local time on Oct. 7 after Reuters reported that the founders of the low-cost carrier are looking at taking the company private.

Co-founder Tony Fernandes is talking to banks to secure financing for the transaction, which could be launched over the next few months, people familiar with the matter said.

Tune Air, which is jointly owned by Fernandes and his business partner Kamarudin Meranun, owns almost 19 percent of AirAsia. The airline has a market value of 3.7 billion ringgit ($861 million) following the share price rise.

Before the report about the potential buyout was published, AirAsia shares closed on Oct. 6 at 1.25 ringgit - exactly the price at which its shares were sold in the company’s initial public offering more than a decade ago.

Investors were rattled in June when Hong Kong-based GMT Research questioned AirAsia’s accounts, driving the airline’s shares to their lowest levels since 2008.

AirAsia shares fell 64 percent following the GMT report and the stock remains 38 percent below where it was trading before the report was released.

Fernandes has defended the company’s finances and said the market is undervaluing AirAsia.

On September 18, AirAsia said it would seek approval to buy back up to 10 percent of its shares.