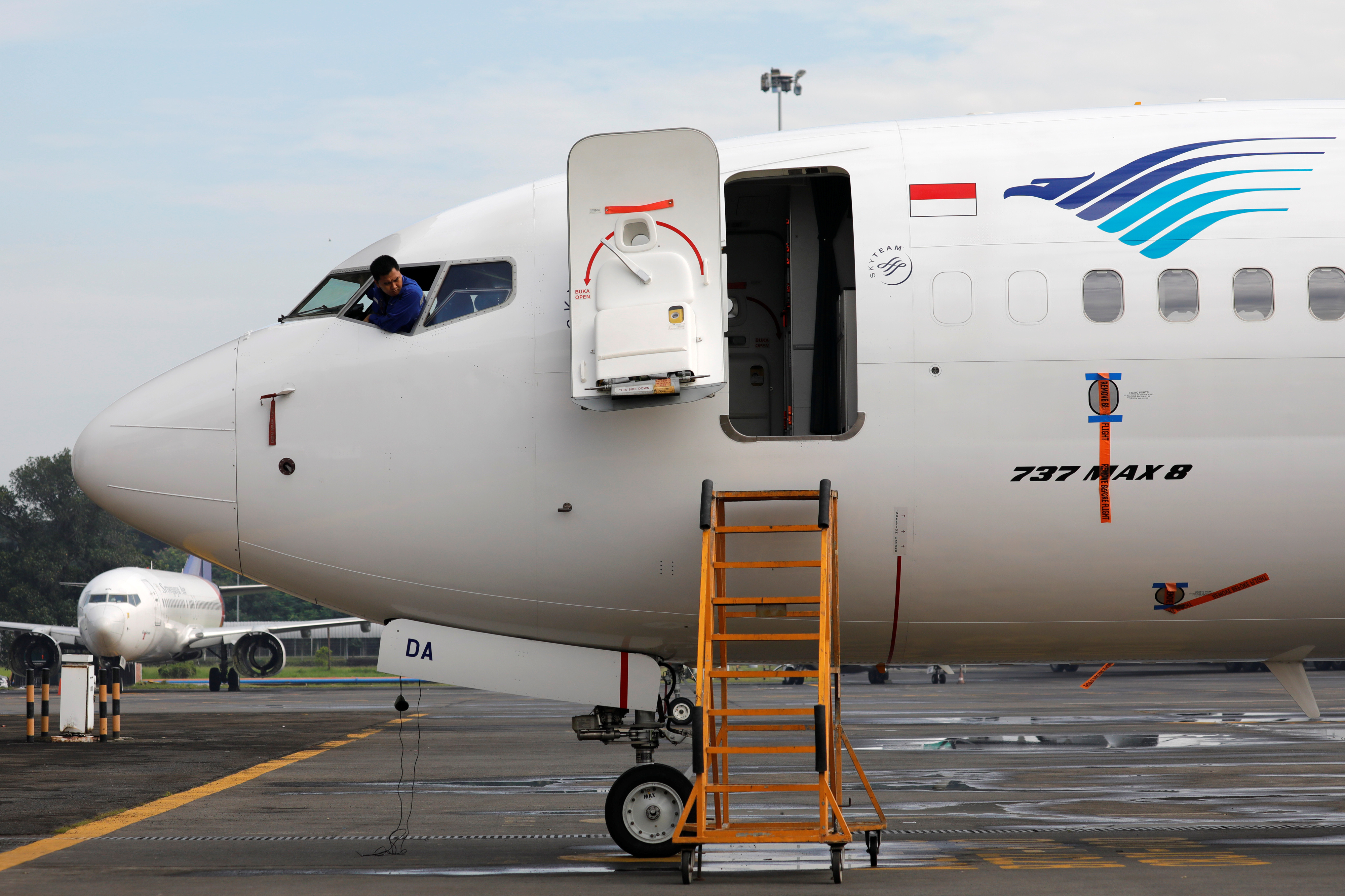 Logically, the U.S. aerospace giant’s problems with the ill-fated MAX 8 should benefit its arch European rival. But chock-full order books and production mean Airbus will struggle to take up the slack. If the MAX 8 faces long-term problems, it could just mean fewer planes.

A technician looks out from the window as he checks Garuda Indonesia's Boeing 737 Max 8 airplane, that parked at the Garuda Maintenance Facility AeroAsia, at Soekarno-Hatta International airport near Jakarta, Indonesia, March 13, 2019.

The crash of an Ethiopian Airlines Boeing 737 MAX 8 that killed 157 people had “clear similarities” with October’s Lion Air disaster, the Ethiopia government said on March 17.

Concerns over the safety of the passenger jet have led aviation authorities around the world to ground the model, hitting Boeing’s reputation and share price.

Airbus shares are up 5.6 percent since the Ethiopian tragedy, adding 4.8 billion euros to its market capitalisation. The stock hit a record high of 119.24 euros on March 15.

Over the same period, Boeing shares have lost 10.3 percent, wiping nearly $25 billion from its value.