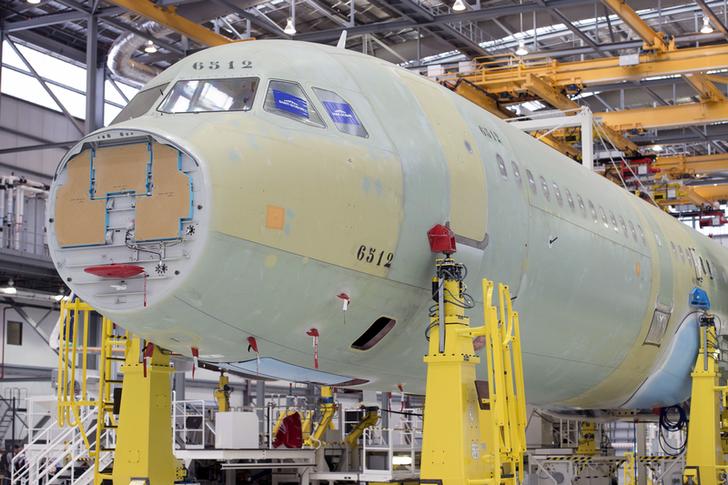 Airbus is getting many things right. Third-quarter revenue was 6 percent higher than a year ago, while operating profit grew at twice that rate. Demand for A320 short-haul aircraft is so strong that Airbus plans to increase production capacity by 43 percent. The group is trimming costs, selling non-core assets like its stake in rival Dassault Aviation, and seems to be avoiding major blunders in large-scale projects.

But the good news from Europe’s aerospace group is hiding a growing problem. Since February 2014, Airbus has failed to receive a single order for its flagship A380 super-jumbo jet. Fewer A380s are on order than are in use but Airbus will only reach breakeven point in terms of production costs at the end of 2015. At this rate, it is doubtful the group will make anything like a satisfactory return on the 11 billion euros or so forked out on development.

The A380 is dogged by the fact it needs four rather than two engines. This increases the purchase price and maintenance costs. That’s OK if it is used on popular routes where airlines can fill most of the seats most of the time. With air travel growing twice as fast as global GDP, many airports will run into capacity constraints in the future. So larger aircraft, rather than more airports, provide a solution. Yet the A380 also needs an upgrade to remain competitive with a new generation of lightweight two-engine aircrafts like the Boeing 787 and its own A350 XWB.

Keeping the A380 programme airborne could cost at least as much as the current revamp of the A330 wide-body family, which comes with a price tag of 2 billion euros. That’s a lot but Airbus, thanks in part to proceeds from the ongoing Dassault disposal, can afford it.

Airbus shares, up 57 percent since January, have outperformed the wider European stock market by a wide margin. The stock now trades on a high-flying 17.3 times the next 12 months’ expected earnings, a 20 percent premium on its 10-year historical median, Thomson Reuters data shows. If the A380 comes good, that rating may prove sustainable. But the lofty multiples make Airbus vulnerable to relatively minor A380-related turbulence.

An Airbus A321 is being assembled in the final assembly line hangar at the Airbus U.S. Manufacturing Facility in Mobile, Alabama September 13, 2015.

Airbus Group on Oct. 30 announced a 20 percent increase in production of its most popular short-haul jet and reported better-than-expected third-quarter results, driven by its main plane-making division.

Airbus said it would raise production of the A320 jet family to a record of 60 airplanes a month in 2019, compared with its previous target of 50 a month in 2018. It currently produces around 42 a month. Airbus Group, whose shares have risen 47 percent this year, also said it would immediately start a previously approved 1 billion euro ($1.1 billion) share buyback, to be completed by mid-2016.