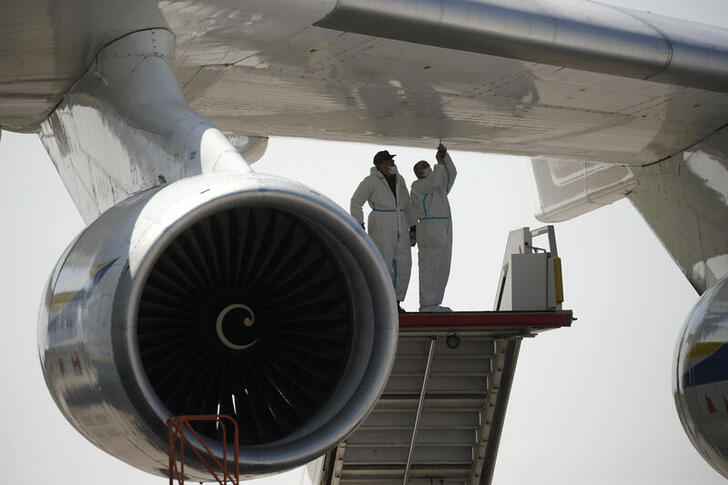 Groups like IAG and easyJet are soaring on hopes that the worst of the crisis is over. Rising air passenger traffic is welcome given the sector’s near-death experience. But with empty seats and cut-price tickets, getting planes in the sky does not mean a return to profits.

Mechanicals check the Ukrainian Antonov An-225 Mriya cargo plane, the world's biggest aircraft, transporting medical supplies from China at the Paris-Vatry Airport in Bussy-Lettree as a lockdown is imposed to slow the rate of the coronavirus disease (COVID-19) in France, April 19, 2020.

European airline shares rose on June 5 after a slew of indicators suggesting that the sector is recovering from the worst of the coronavirus crisis.

Deutsche Lufthansa rose more than 6% even after being ejected from Germany’s top-flight DAX 30 index. Dublin-based budget carrier Ryanair was up by a more modest 1.5%.

Global air passenger traffic rose by 30% in May from the previous month, the International Air Transport Association said on June 3. However, April traffic was just 5.7% of its 2019 levels.

Shares in American Airlines soared more than 40% on June 4 after it announced plans to operate more than 55% of its July 2019 domestic capacity next month.