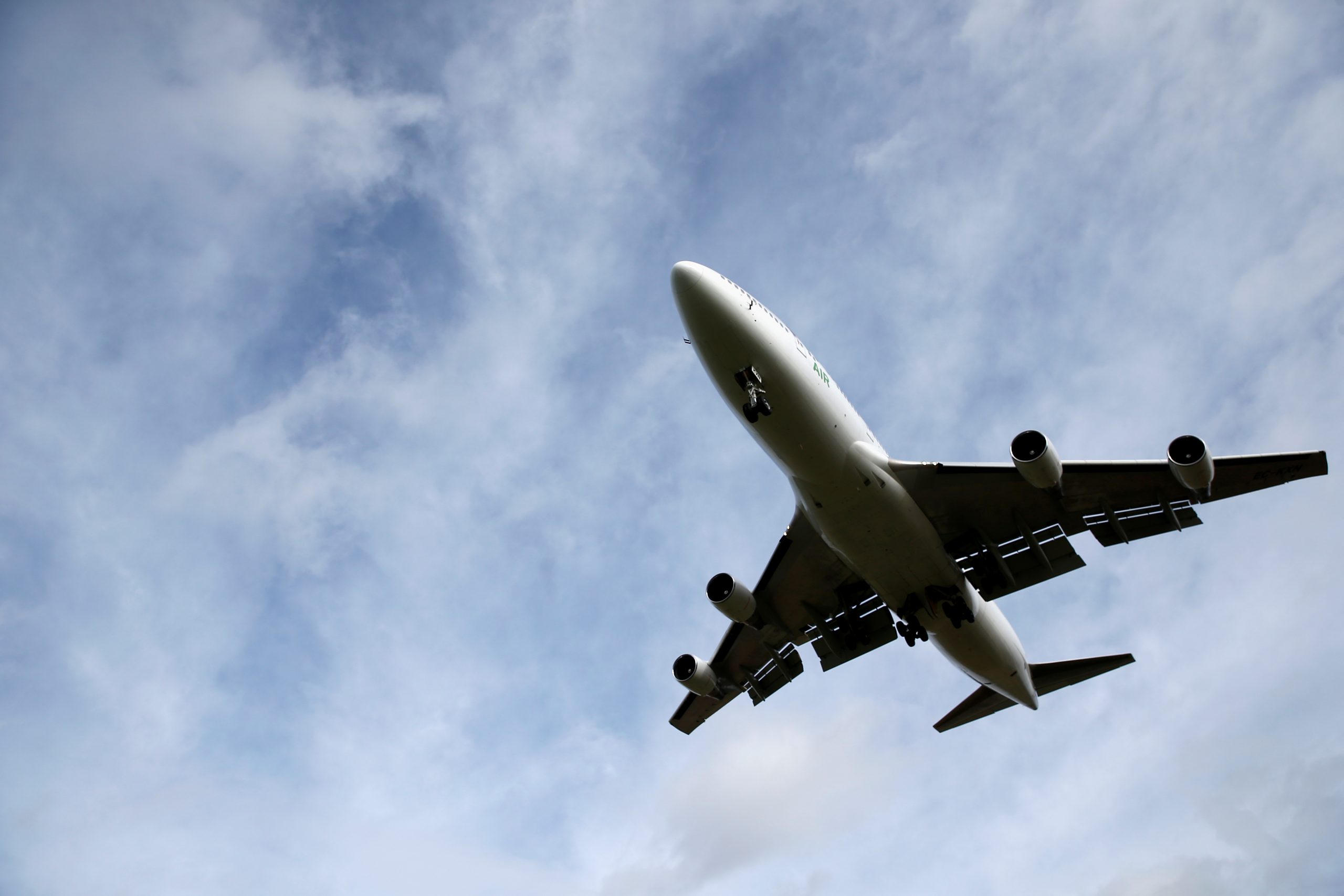 The coronavirus has hammered demand for air travel, knocking share prices and pushing UK budget carrier Flybe into bankruptcy. Yet past outbreaks like SARS suggest it will be a blip on air travel’s steady upward trajectory. If that’s the case, stronger airlines will bounce back.

A plane carrying passengers who have been under quarantine on a coronavirus-stricken cruise ship off the coast of Japan, the Diamond Princess, lands at RAF Boscombe Down in Amesbury, Britain, February 22, 2020.

British regional airline Flybe collapsed into administration on March 5 after a coronavirus-related plunge in travel demand and the British government decided not to go ahead with a 100 million pound rescue package.

Airlines have suspended flights or modified schedules in response to a sharp drop in demand due to the outbreak, although the situation should stabilise in the coming weeks, industry leaders said on March 3.

Willie Walsh, chief executive of International Consolidated Airlines (IAG), owner of British Airways, told a European industry conference the experience from Asia, where the virus first surfaced at the end of 2019, suggested a recovery “in due course”. Michael O’Leary, chief executive of budget carrier Ryanair, predicted a “pretty rapid return to normal”.

The International Air Transport Association said on Feb. 20 coronavirus could mean a 13% loss in full-year passenger demand for Asia Pacific carriers. Airlines may lose between $63 billion and $113 billion in revenue for passenger traffic globally in 2020 depending on how the coronavirus spreads, IATA said on March 5.

The NYSE Arca Global Airline Index is down 21% since Feb. 21, when a major coronavirus outbreak was first reported in northern Italy. IAG shares were down 0.9% at 443 pence by 0830 GMT on March 5, bringing losses since Feb. 21 to 28%. Ryanair shares are down nearly 22% since that date, while U.S. carrier Delta Air Lines has registered a 16% decline.

Norwegian Air Shuttle on March 5 withdrew its 2020 earnings guidance and said it would cancel some transatlantic flights.