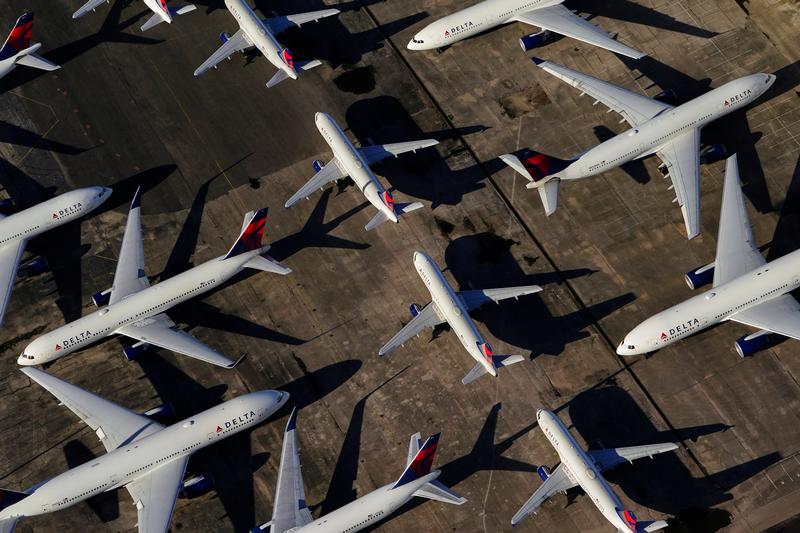 Delta Air Lines isn’t doing so badly under the circumstances, but the picture it is painting for the U.S. airline industry is anything but good. The company said on Tuesday that adjusted revenue, which excludes refinery sales, fell more than 90% in the second quarter from a year earlier as the coronavirus pandemic stopped air travel almost dead. But in better news, its cash burn slowed significantly. The longer-term problem is that business travel – which recently made up 50% of Delta’s revenue – may never fully recover, according to the company’s Chief Executive Ed Bastian. It augurs for a much bigger overhaul.

The Atlanta-based company said its cash outflow slowed to $27 million per day in June, a significant drop from the $100 million it was blowing through daily in late March. Delta cut operating expenses by more than 50% in the quarter, in large part because it furloughed employees.

Delta’s liquidity position, like its competitors’, was helped by a grant from the U.S. government. That boosted cash and equivalents to over $11 billion, roughly four times the level a year earlier. Even if it keeps burning cash at its current rate, Delta can go for more than a year before it runs out.

By then, perhaps the immediate problems caused by the pandemic will have subsided enough to get a better picture for the long term. But that’s where bigger issues start. The new familiarity with teleconferencing could make people think twice about traveling overseas for meetings. Bastian’s idea that business travel will never return to 2019 levels suggests a permanent shift in behavior.

As a result, the industry and those supporting it, including the U.S. government, have to rethink how they plan to keep it airborne. That could include consolidating carriers and cutting costs through mergers, say – something that would require regulators to ease antitrust limitations on deals while ramping up consumer protections to prevent abuses later. It may also mean the strong unions at airlines have to accept changes to pay and conditions previously deemed unpalatable.

Perhaps most problematically, many currently furloughed workers will be out of work indefinitely. Rather than avoid that through more bailout funds, Washington’s great minds could start figuring out what a better and fairer welfare and healthcare system would look like.

Delta Air Lines passenger planes are seen parked due to flight reductions made to slow the spread of coronavirus disease (COVID-19), at Birmingham-Shuttlesworth International Airport in Birmingham, Alabama, U.S. March 25, 2020.

Delta Air Lines said on July 14 that second-quarter adjusted revenue, which excludes refinery sales, fell to $1.2 billion, a 91% drop compared to the same quarter the previous year as the crisis caused by Covid-19 brought air travel to a near halt.

On Delta’s earnings call, Chief Executive Ed Bastian said “I don’t think we’ll ever get back entirely to where we were in 2019 on the volume of business traffic.”