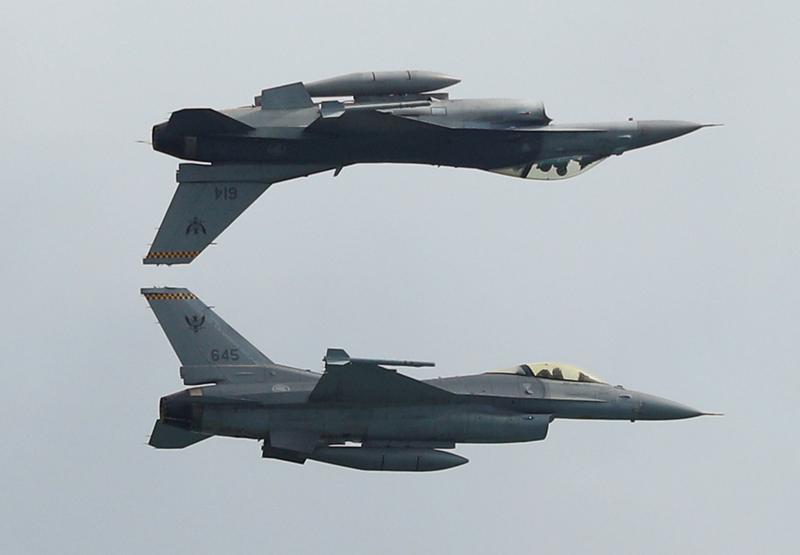 Aviation bosses gathering in Singapore may want a serving of scepticism alongside the champagne. Rising oil prices, creaking infrastructure and too many seats will limit the gains from a regional boom in cheap flights. Full-service carriers could also hit air pockets.

Republic of Singapore Air Force (RSAF)'s F-16C aircrafts perform a manoeuvre during a preview of their aerial display at the Singapore Airshow February 4, 2018. REUTERS/Edgar Su TPX IMAGES OF THE DAY - RC1DDFBBBD40

The biennial Singapore Airshow starts on Feb. 6. More than 1,000 companies gather at the exhibition, near the city state’s Changi airport.

Manufacturers are targeting the Asia Pacific region, as the world’s fastest-growing aviation market. Southeast Asia has nearly as many aircraft on order as it has planes flying.

The International Air Transport Association (IATA), the trade association for the world’s airlines, said in December it expects global earnings to hit $38.4 billion in 2018, up from the $34.5 billion expected in 2017. According to IATA, 2018 will be the ninth straight year of overall industry profitability, and the fourth in which the return on invested capital exceeds the cost of capital.

But IATA Director General and Chief Executive Alexandre de Juniac, a former CEO at Air France–KLM, also warned on Feb. 5 of an infrastructure crisis for the broader industry, thanks to slow development and rising costs.

The oil price, which typically accounts for around 30 percent of an airline’s costs, has risen more than 50 percent since June 2017. Brent crude closed at $67.62 a barrel on Feb. 5 in U.S. trading.