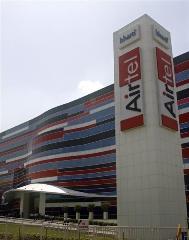 The Indian taxpayer may have lost billions of dollars as a result of the 2G telecoms scam. But the Indian consumer has been a great beneficiary. Since the introduction of new players with cheap licenses, India has become the world’s second largest telecoms market with the lowest tariffs. The cut-throat competition, though, has been bad for business.

The Supreme Court’s order to revoke all 122 licences awarded in 2008 will change this picture. It will hurt those using spectrum awarded in that scandal-ridden sale – even those such as Norway’s Telenor and Abu Dhabi’s Etisalat which bought stakes in companies holding the licences after the event. By contrast, those who are relying on earlier licences – notably Bharti Airtel and Vodafone – should benefit as the market consolidates and threadbare margins rise.

Since 2008, the low cost of spectrum and the overcrowding of the market has seen margins in the sector savaged. India has more than a dozen operators and 894 million subscribers. Average revenues per user for market leader Airtel are down 45 percent from their September 2008 level.

The Supreme Court ruling means a reshuffling is on the cards. Firms using spectrum awarded in 2008 spectrum have only four months to continue operating their licenses. Meanwhile, the government will have to decide how to reissue the spectrum – with a new auction being one option.

Some operators could end up without a licence and have to flog their assets to a rival. Others could incur debts to pay for spectrum and still have to sell. The government’s new telecoms policy makes consolidation easier than it was when the licences were awarded. Even when operators don’t sell, the higher costs will make it harder for them to offer such cheap tariffs.

Airtel and Vodafone, by contrast, look like winners. They may buy assets or spectrum selectively. Even if they don’t, they should do well as the market consolidates around them.

The Indian people may celebrate that a corrupt sale has been squashed. But the sting in the tail could be that their phone bills start to rise.

India’s Supreme Court on Feb. 2 ordered the revocation of all 122 telecoms licences issued by the government in 2008. The Court said the current licences will remain in place for four months, during which time the government should decide a new system for issuing licenses, a lawyer involved in the case said.
The licences affected include all those held by Unitech Wireless, the Indian joint venture of Norway’s Telenor and Unitech. Also affected are: Loop Telecom; Videcon Telecommunications, part of India’s Videocon group; Etisalat DB, the joint venture between Abu Dhabi’s Etisalat and India’s DB group; S-Tel; 13 licenses held by Idea Cellular; and three held by Tata Teleservices.