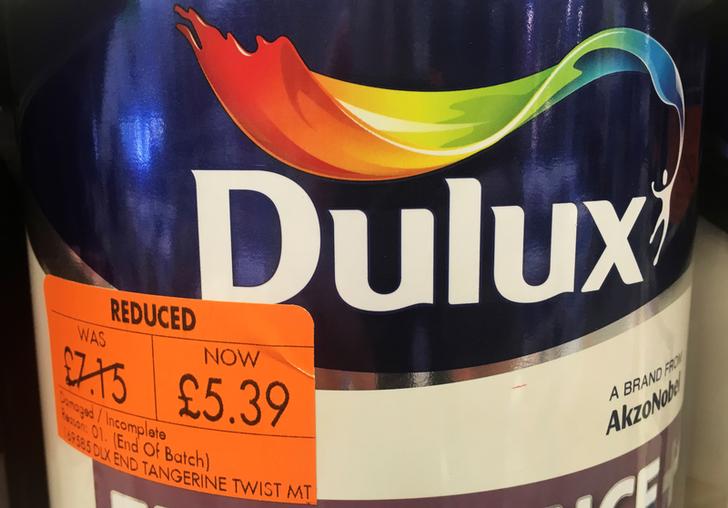 The Dutch maker of Dulux paint thwarted a generous 25 bln euro takeover attempt from U.S. rival PPG without putting forward a convincing financial defence. As European governments reach for more power to fend off unwanted mergers, Akzo has shown how shareholders can lose out.

Cans of Dulux paint, an Akzo Nobel brand, are seen on the shelves of a hardware store near Manchester, Britain, April 24, 2017. REUTERS/Phil Noble

U.S. paints and coatings maker PPG Industries said on June 1 it will not launch a formal bid for Dutch rival Akzo Nobel, which has rebuffed several informal approaches. PPG had made three part-cash, part-share non-binding offers for Akzo since early March. The last public offer, made on April 24, valued the company’s equity at 24.6 billion euros ($26.8 billion), a 50 percent premium on the undisturbed share price.

Under Dutch securities rules, PPG may not approach Akzo again during a six-month cooling-off period.

“As a result, we believe it is in the best interests of PPG and its shareholders to withdraw our proposal to AkzoNobel at this time,” PPG Chief Executive Michael McGarry said.