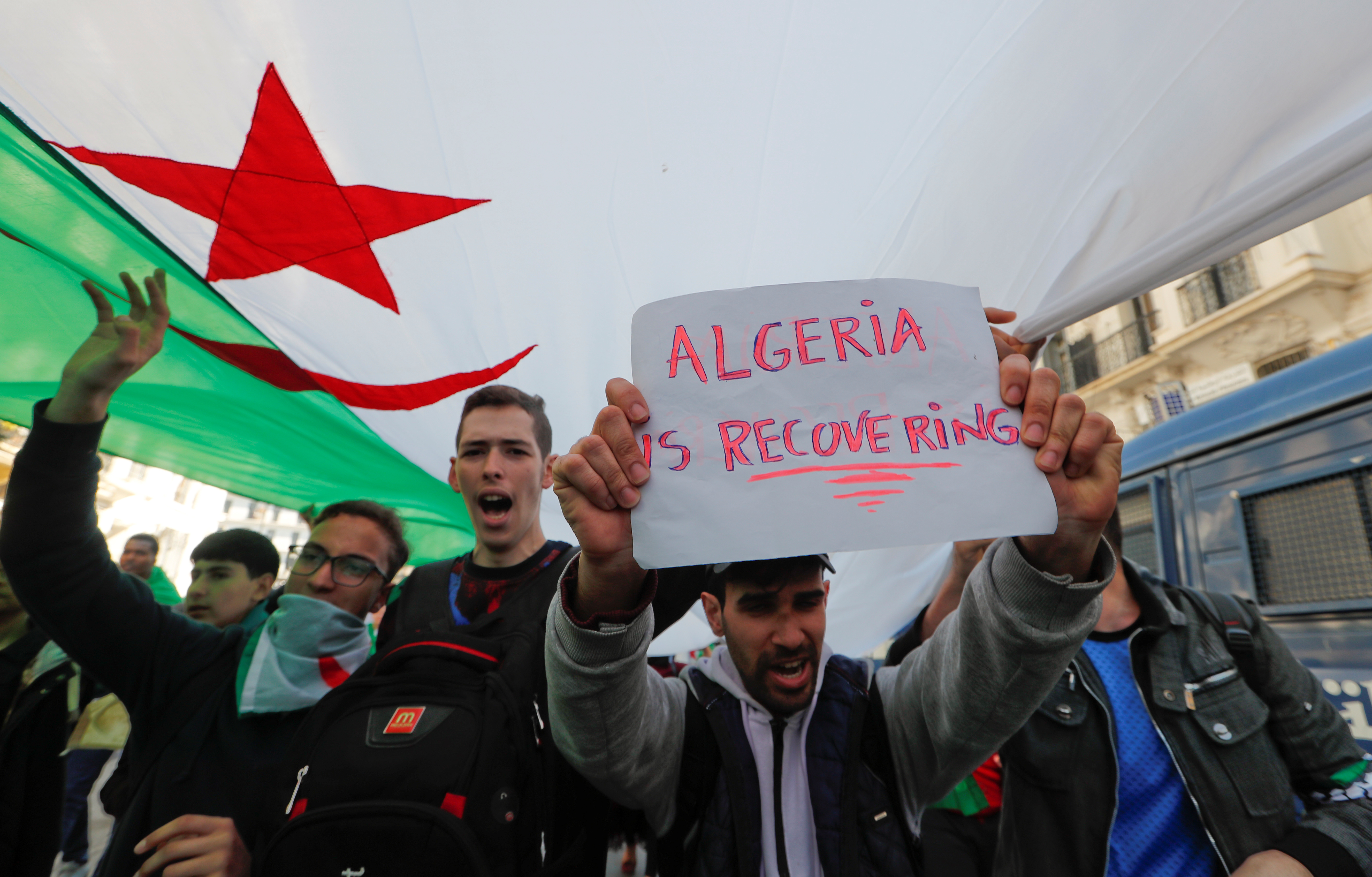 Revolution is in the air again in North Africa, leaving Algerians – and Europe – holding their breath. Freed from the clutches of an ailing gerontocrat, the energy producer could become a dynamic economic powerhouse. Or the army and Islamists could restart a brutal civil war.

Algeria’s new prime minister said on March 14 he would form a temporary government of technocrats to work towards political change, in response to weeks of street protests.

Noureddine Bedoui laid out his plans three days after ailing 82 year old President Abdelaziz Bouteflika said he would not run for a fifth term that would have extended his 20 years in power.

Tens of thousands of Algerians have staged weeks of protests to demand changes to a political system dominated by veterans of the 1954-1962 independence war against colonial power France.