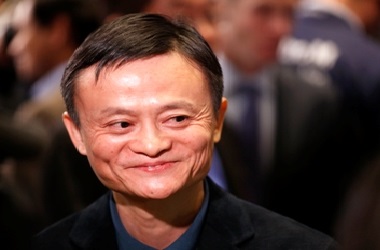 Alibaba’s runaway initial public offering has turned the spotlight back onto SoftBank’s valuation dilemma. Following the Chinese e-commerce group’s successful New York listing, the Japanese conglomerate’s 32 percent stake eclipses the value of its other businesses. The 5 percent drop in SoftBank’s shares on the morning of Sept. 22 is a reminder the investment is both blessing and burden.

SoftBank’s $20 million investment in Alibaba back in 2000 probably ranks as one of the greatest ever. Based on Alibaba’s first-day closing share price of $93.89, the stake is valued at almost $75 billion. SoftBank could not sell at that price even if it wanted to. But even after applying a 20 percent discount, the shareholding is now probably worth about $60 billion.

The company run by Masayoshi Son has stakes in other large listed entities too. The most significant are U.S. mobile carrier Sprint, internet portal Yahoo Japan and online games maker GungHo Online Entertainment. The market value of these shareholdings – all of which SoftBank controls – adds up to around $35 billion. Combined with Alibaba, SoftBank’s four main publicly traded investments exceed the Japanese group’s $92 billion market capitalisation.

That suggests investors ascribe little or no value to SoftBank’s profitable Japanese telecom business, says Jefferies. The brokerage also points out that Alibaba is just one of the 1,300-plus investments that SoftBank has in an array of internet companies at various stages of growth. Some of these may also turn out to be gems.

The worry is that investors will be reluctant to give SoftBank credit for these investments as long as it maintains such a sprawling portfolio. There are few obvious synergies between Alibaba and the group’s other operations. SoftBank previously offered investors indirect exposure to the Chinese e-commerce group. Now they can now buy the shares directly.

Son has made it clear that he intends to maintain SoftBank’s stake in the Chinese group. Unlike Yahoo, the Japanese group did not sell any shares in the IPO. But unless SoftBank can find a way to simplify its structure, however, its true value may remain clouded.

Shares in Japan’s SoftBank fell as much as 4.8 percent by mid-morning in Tokyo on Sept. 22 following the initial public offering of Chinese e-commerce giant Alibaba.

Alibaba listed in New York on Sept. 19 in the largest initial public offering in history. The shares were priced at $68 each and closed up 38 percent at more than $93 on the first day of trading, valuing the company at $234 billion.

SoftBank owns 32 percent of Alibaba following the listing and the decision by underwriters to sell additional shares. Its shareholding is subject to a one-year lock-up period.

The group said on Sept. 21 that it expected to book a gain of about 500 billion yen ($4.6 billion) in the half year to end-September from its shareholding in Alibaba and would announce a precise figure at a later time.

Chief executive Masayoshi Son told CNBC that he would want to own more of Alibaba but was also happy with its current stake.