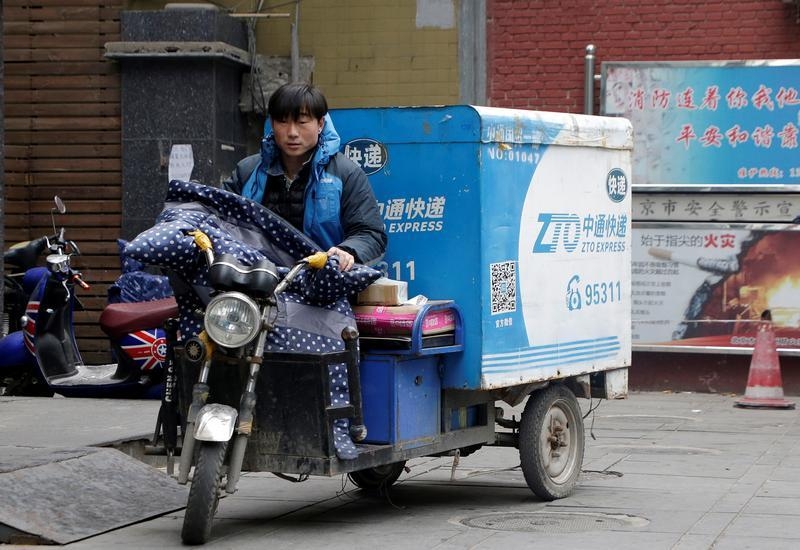 Shares of China’s ZTO Express fell 15 pct on their debut in New York. Aggressive pricing is mostly to blame. Justifying an e-commerce style premium for a logistics firm was a tough sell to begin with. ZTO lacks the margins and dominance of Jack Ma’s giant to be delivered as such.

A deliveryman rides a vehicle with the logo of ZTO Express in Beijing, China October 27, 2016. REUTERS/Jason Lee - RTX2QNL5

The stock closed at $16.57 at the end of its first day of trading in New York, just inside the original indicated price-range.

The offering, which raised $1.4 billion, is the largest U.S. listing by a Chinese company since e-commerce group Alibaba went public in a $25 billion IPO in 2014.

The IPO was mostly sold to U.S. investors, and was oversubscribed 15 times, according to IFR.