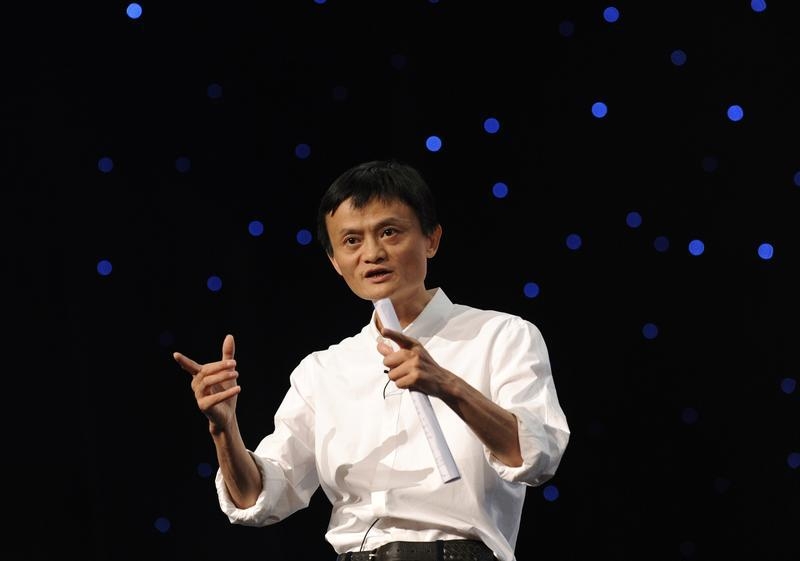 The $220 bln Chinese e-commerce group turned in better-than-expected numbers for the quarter to March, sending shares up 10 pct. The trouble is, that’s enabling forays into unrelated businesses which are eating into margins. Jack Ma’s creation is not for fretful investors.

Alibaba’s revenue rose 45 percent from a year earlier to $2.8 billion in the quarter to March 31, beating analysts’ expectations, as the Chinese e-commerce company reported a 40 percent jump in gross merchandise volume (GMV) – the total value of transactions handled on its Taobao and Tmall sites – to nearly $100 billion.

Net income fell 49 percent from a year earlier to $463 million or 18 cents per share in the quarter, weighed down by increased share-based compensation expenses.

The amount of revenue accounted for by transactions on mobile devices surged 352 percent to $846 million in the quarter, while mobile GMV increased to 51 percent of total GMV from 27 percent a year earlier.

Alibaba’s American depository shares were up around 10 percent in early trading in New York, valuing the company at almost $220 billion.