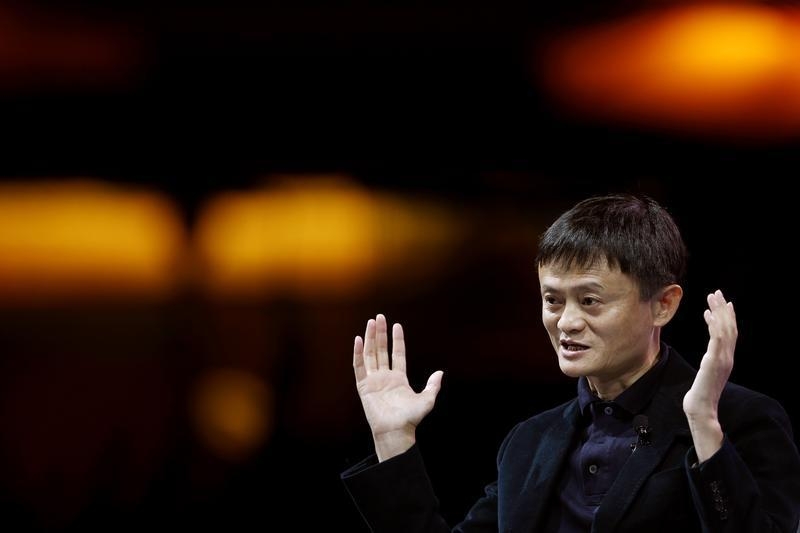 Alibaba’s golden-child status hangs by a thread. The Chinese e-commerce group announced disappointing quarterly revenue growth on Aug. 12, pushing the shares as close as they have ever been to last year’s float price. Investors haven’t much challenged founder Jack Ma’s free rein so far. A weakening business and over $100 billion of lost market capitalisation since the shares hit a high in November may change that.

Revenue in the three months to June grew 28 percent year-on-year – the slowest in three years – to $3.27 billion, missing the expectations of analysts surveyed by Thomson Reuters. Gross merchandise value, the sticker price of goods transacted on Alibaba’s shopping platforms, increased 34 percent – just over half the rate it did two years ago. In comparison, transactions on the much smaller rival JD.com soared 82 percent in the same quarter. Fears of a sputtering Chinese economy, fuelled by a surprise slide in the yuan, helped send Alibaba’s shares down to a record low of $71 on Aug. 12.

Since going public in New York last year in a $25 billion blockbuster share offering, investors have been tolerant as founder Jack Ma unveiled his sweeping but confusing vision. Alibaba once simply matched buyers and sellers; now it is part of an “online-to-offline” empire that extends from movies, healthcare, cloud computing and even a bank. Just two days ago, a $4.6 billion investment in retailer Suning took Alibaba into the struggling electronics superstore sector. It’s not clear Suning’s low-margin business will do anything but harm Alibaba’s bottom line. Still, the shares ticked up.

It’s conceivable, though, that as Alibaba shares edge towards last year’s $68 float price, and roaring growth is no longer a given, investors’ goodwill may become strained. There will be many more unexpected tests, if recent months’ controversies over counterfeit products, pricing violations and intensifying competition are a guide. Investors can’t change the control Jack Ma wields over Alibaba’s strategy, or his reluctance to explain it properly. But that doesn’t mean they’ll always like it.

Gross merchandise value, the total value of goods transacted across Alibaba’s platforms in China, grew 34 percent to $109 billion, the slowest pace in more than three years.

The company also announced that it would buy back up to $4 billion worth of shares over two years, primarily to offset dilution from its share-based compensation programmes.

Alibaba has been investing heavily in so-called “online-to-offline” e-commerce, which connects web shoppers to traditional retailers. The company announced on Aug. 10 that it would invest 28.3 billion yuan ($4.63 billion) in electronics retailer Suning in return for a 19.99 percent stake.