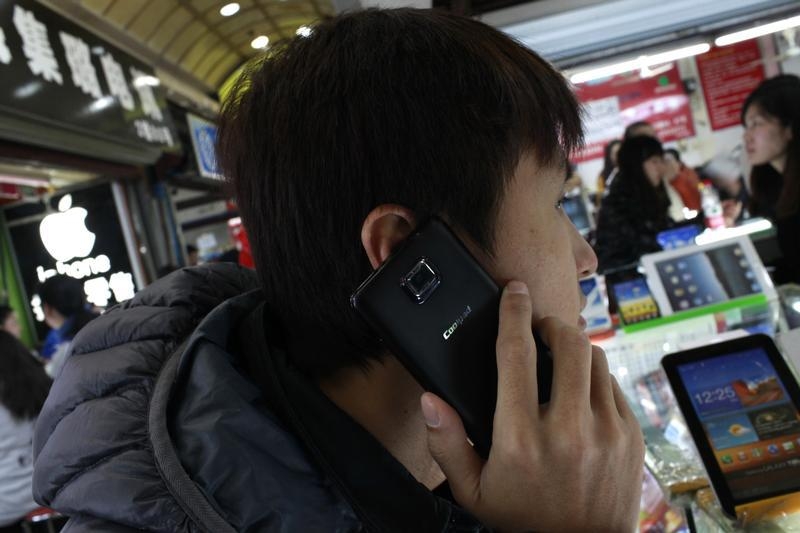 Alibaba’s strong mobile signal should drown out the noise from its slowing business and impetuous investment strategy. The Chinese e-commerce group reported better-than-expected revenue for the quarter ending September, driven by sales from handheld devices. Those nearly tripled year-on-year to $1.7 billion. Previous worries still linger, but this should buy the company some breathing space.

Mobile devices accounted for almost $70 billion worth of transactions on Alibaba’s shopping sites in the three months to September, up 121 percent from the same period last year. Monthly active users on Alibaba’s apps have increased some 59 percent from last year. The number that merits most attention is Alibaba’s mobile “take rate” – how much, as a share of total mobile transactions, the company captures from advertising fees or commissions. It jumped from under 1 percent two years ago to 2.39 percent this year. At this trajectory, Alibaba may succeed where others such as search engine operator Baidu have failed: convincing advertisers to pay as much or more on a smaller-screen smartphone than on a desktop.

This boost in mobile will be a temporary relief for investors. The $192 billion group’s share price had fallen some 23 percent from the start of 2015 to its closing price on Oct. 26. Worries about an economic slowdown in China – since Alibaba is so big that it is basically a proxy for online consumption – are partly to blame. The company’s spending spree outside of its core e-commerce business, most recently including a move to buy out the loss-making video-streaming site Youku Tudou, is also a factor.

Slowing growth will continue to loom. The value of goods transacted on Alibaba’s platforms this quarter grew at its slowest pace in over three years. But if advertisers will pay more for small-screen ads, peak China e-commerce can be deferred. Mobile shoppers are playing right into Alibaba’s hands.

A man poses for pictures as he tests a Coolpad 7290 phone at a mobile phone market in Shanghai, January 24, 2013. REUTERS/Aly Song