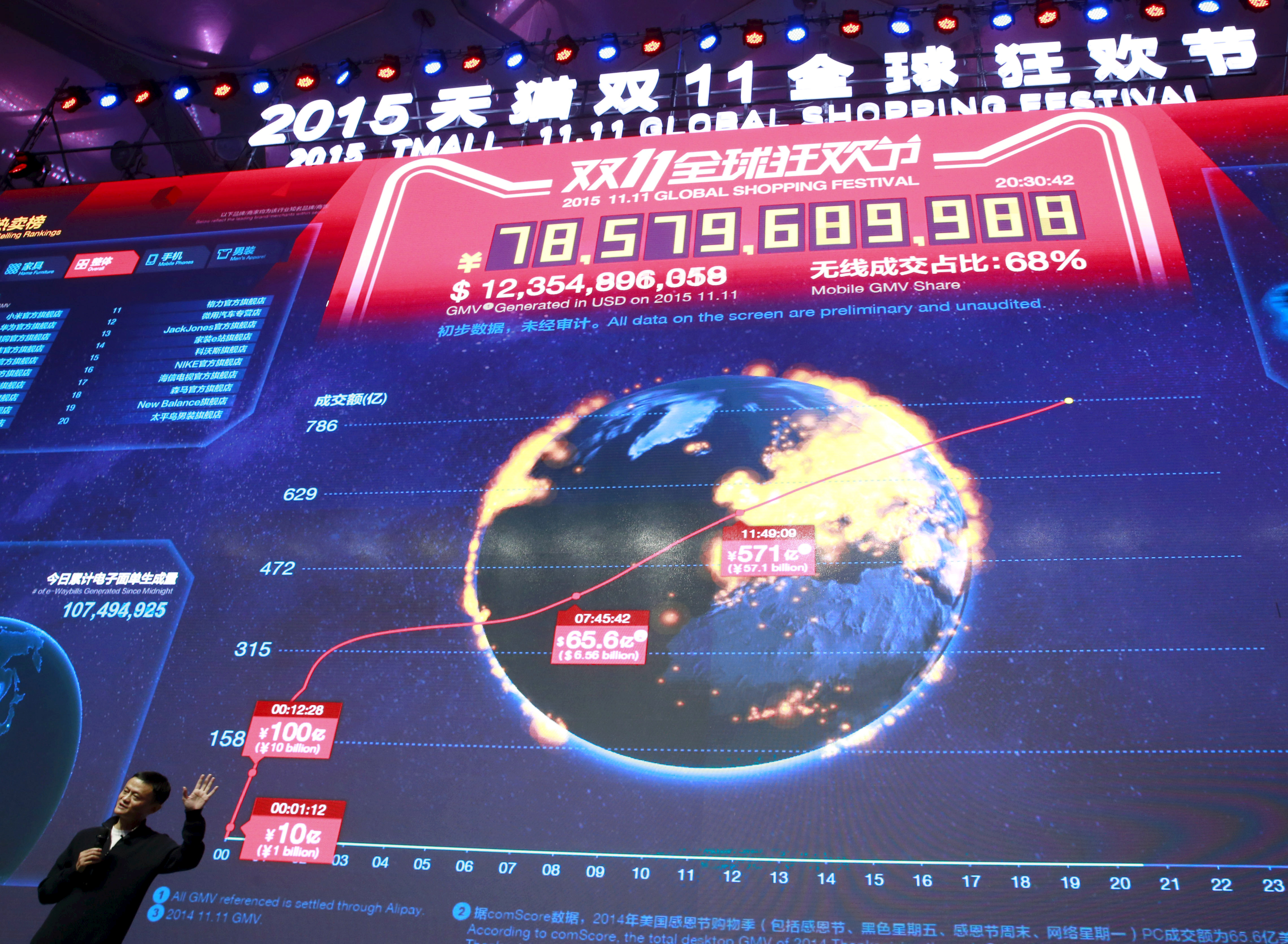 Alibaba’s strong core comes with a shaky periphery. The Chinese e-commerce group’s revenue soared 39 percent in the first quarter of 2016, faster than volumes of stuff sold on its sites. Alibaba also disclosed losses on its fintech, services, and logistics affiliates. Those trends can co-exist, so long as online shopping growth stays sturdy.

An economic slowdown in China hasn’t much hit Jack Ma’s $190 billion online empire. Revenue from Alibaba’s Chinese retail sites grew at its fastest pace in six quarters – up 41 percent to 18.3 billion yuan ($2.8 billion) in the three months to March. That’s mostly driven by an uptick in advertising dollars, which accounted for two thirds of the group’s e-commerce revenue in China. Ever more sellers are paying to advertise on the company’s platforms.

The Hangzhou-based company is also giving a clearer financial picture on its risky bets in other ventures. Ant Financial, the $60 billion online payments and wealth management group controlled by Ma, made a loss in the first three months of the year. This resulted in an unexpected 207 million yuan charge for Alibaba in the quarter. While the two currently have a profit sharing agreement, it’s an unpleasant surprise to see that means sharing losses too.

And Ant isn’t the only thing that stung. All in all, the company’s share of losses from affiliates jumped 81 percent year on year to 712 million yuan. As long as Alibaba’s vast core business keeps growing healthily, such losses can be brushed aside. The unfortunate thing about that is that it leaves little incentive for the company to stop its habit of doing deals that slowly erode value.

Chinese e-commerce group Alibaba on May 5 reported revenue of 24.2 billion yuan ($3.75 billion) for the quarter ending March 31, an increase of 39 percent from the same period in 2015. Adjusted earnings, after share-based expenses, gains on disposals and a revaluation of investments, decreased 1 percent year on year to 7.6 billion yuan.

The total value of goods transacted on Alibaba’s shopping platforms in China, or gross merchandise value, was 742 billion yuan, up 24 percent from the same period in 2015. Mobile transactions reached 541 billion yuan, up 78 percent year-on-year.