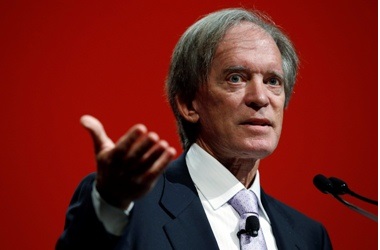 Allianz’s errant flagship is steering back on course. A year after the sudden departure of larger-than-life founder Bill Gross, the German insurer’s Pimco fund has recorded its first month of net inflows since April 2013. The good news looks priced in, though.

Allianz’s asset management divisions have been hit by a stampede of investors since Gross left the fund in September 2014. In the last year, net outflows at Pimco amounted to 258 billion euros – a fifth of third-party assets under management. As many of the fund’s costs are fixed in the short term, profit took an even larger hit.

While not yet fully visible in the numbers, the crisis seems to be bottoming out. At 16 billion euros, outflows from July to September halved compared to the second quarter. And October saw the first net inflow in 30 months, Allianz Chief Finance Officer Dieter Wemmer said on Nov. 6.

But shareholders had already anticipated better times at Pimco. Allianz shares have risen 22 percent over the last year, outperforming Germany’s DAX blue-chip index as well as most insurance rivals. The stock trades at 10.9 times expected earnings in the next 12 months – a 4 percent premium to insurance peers and a quarter above its own five-year historical median, Eikon data shows.

Looking forward, few valuation catalysts are on the cards. Persistently low interest rates in the euro zone are hobbling the insurance business. And even an improving Pimco will struggle to return to old profitability. In Gross’ heyday, a single investment strategy – total return – accounted for more than a quarter of all assets under management. The current rebalancing towards more diversified strategies and smaller funds implies shrinking economies of scale. This could weigh on Pimco’s future margins.

Allianz’s strategy update scheduled for Nov. 24 is unlikely to be a big bang. Rather than dramatic cost cuts or radical divestments, the group is likely to focus on incremental steps directed at improving operating performance. That suggests the most likely source of short-term excitement is Gross’ impending court case against Pimco and Allianz.

Quarterly net profit of 1.4 billion euros was below the lowest forecast of 1.44 billion in a Reuters poll of banks and brokerages, hit by turbulent financial markets and a rise in damage claims for natural catastrophes.

Allianz repeated that it expected to arrive at the upper end of its full-year target for operating profit of between 10.0 and 10.8 billion euros.