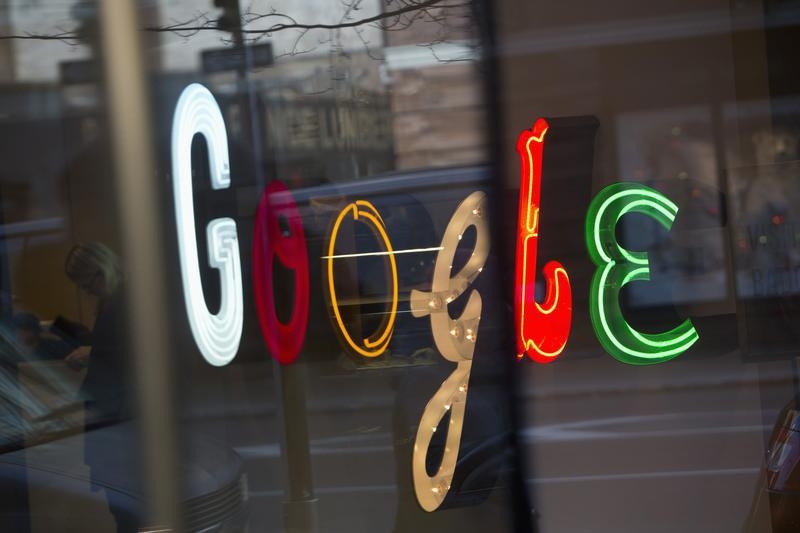 The $610 bln Google parent racked up another strong quarter with a 22 pct increase in revenue. Its deepening digital-advertising duopoly with Facebook helps make growth more predictable – but may also bring the companies closer to a face-off with antitrust watchdogs.

The Google signage is seen at the company's offices in New York January 8, 2013. REUTERS/Andrew Kelly