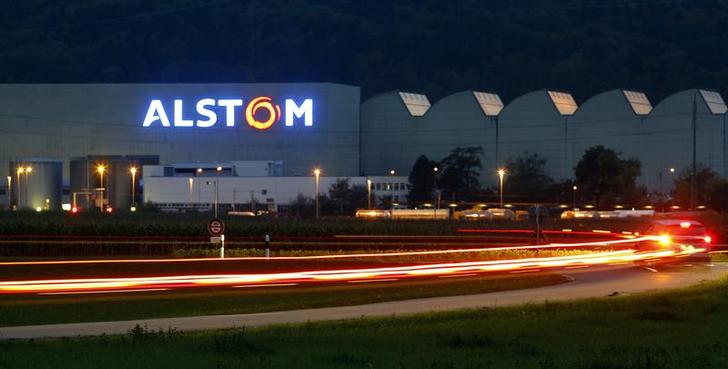 Ending the days of Alstom as an unwieldy conglomerate would end many of its headaches. Given time, the group could probably take care of its problems on its own. Outside help would allow it to speed up the recovery. And General Electric could be a powerful catalyst for the transformation.

According to media reports, the French engineering group is considering hiving off its power divisions to GE. The unit making high speed trains could remain a standalone company. The idea makes sense, both from a financial and strategic viewpoint. The company is burdened by too much debt, a ropey credit rating and looming refinancing needs of some 750 million euros in 2014. Moreover, it is facing falling demand and more competition in power generation, which accounts for 45 percent of revenue and 65 percent of operating profit.

Alstom had already started to address its problems. It aims to shrink costs by 8 percent annually by 2016, with an asset disposal plan worth up to 2 billion euros. After flogging its heat exchanger unit for 730 million euros, the next step is to sell or list a minority stake in the train unit. That could generate another billion.

Delivering on these plans could be enough to avoid a junk rating. But the process may take more time than its shareholders – first of which Bouygues, the French construction group, with a 29 percent stake – are willing to allow.

Selling power generation and distribution – together more than 70 percent of its overall revenue – to GE would be a quicker fix. There are few synergies between power plants and TGVs. In fact, independent, focused train makers like Switzerland’s Stadler Rail tend to be more successful than their competitors trapped in conglomerates. In power generation, Alstom’s gas turbines business is too small to succeed. But its transmission solutions and hydro technologies would complement GE’s portfolio nicely.

If the French government, for political reasons, opposes any combination with GE, Alstom could conceivably survive as a limping French conglomerate. But a split and sale would make its different parts stronger.

A car drives past a plant of French engineering group Alstom in the Swiss town of Birr, west of Zurich

The board of French engineering group Alstom was due to meet on the afternoon of April 25, a source close to the matter told Reuters. The source did not say what the board would discuss and Alstom declined to comment.

Shares in Alstom were suspended on April 25 at the request of the French regulator. The stock jumped 10.9 percent a day earlier after reports said U.S. conglomerate General Electric was in talks to buy all or major parts of the struggling French turbine and train maker.

France’s Economy Minister Arnaud Montebourg told Le Monde newspaper he was concerned about Alstom and said he planned a meeting with the management of GE. “The government expresses patriotic concern and watchfulness with regard to Alstom,” he said. “This concern is focused on the serious risk of losing a major decision centre.”