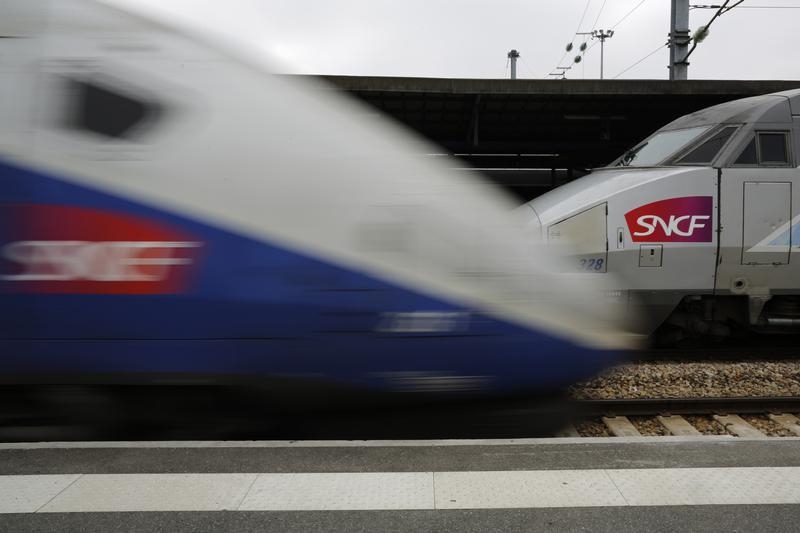 Alstom’s 2014 decision to focus entirely on trains is paying off. But the current success of the French group’s transport unit masks big challenges. The rise of a vastly bigger and aggressive Chinese rival threatens the maker of TGV high-speed trains and urban tramways. Alstom group may be too small to compete in the long run.

Near term, the group’s full-year results vindicate the politically contentious sale of its energy unit to U.S. rival General Electric. The division is suffering from falling global demand for fossil power plants leading to sharp drops in sales, orders and net profit.

Transport looks like a better place to be. Alstom orders were up 63 percent to 10 billion euros, giving the company around four and a half years’ work on the books. Revenue and free cashflow strengthened. The operating profit margin rose from 4.7 percent to 5.2 percent and is guided to increase to up to 7 percent over the medium term.

M&A may provide an answer. In 2014, Siemens already signalled a willingness to merge its train division with Alstom. Canadian rival Bombardier is also reviewing the future of its rolling stock unit, with CNR/CSR lining up as potential buyers, Reuters reported in April.

In theory, Alstom is in a strong position to become an active consolidator because of the roughly 10 billion euros cash coming down the road from the GE deal. But Alstom has other calls on its financial resources. The French government has asked Alstom to keep 2.5 billion euros tied up in energy joint ventures with GE. Alstom’s net debt, which currently stands at 3.1 billion euros, also needs relief.

Up to another 4 billion euros have been earmarked for redistribution to shareholders. A rethink of that could transform the size of Alstom’s war chest. M&A options are complicated by the French government’s likely wish to preserve Alstom’s status as a French national champion. Still, finding a way of teaming up with Bombardier or Siemens may be Alstom’s next destination.

A U.S. fine for bribery and write-offs on Russian assets pushed France’s Alstom to a 719 million euro ($808 million) annual net loss, against a 556 million euro profit in the previous year.

Income from operations in the year to the end of March rose 19 percent to 318 million euros. Sales increased 8 percent to 6.2 billion euros. The company said it would propose no dividend payout at its annual shareholder meeting but confirmed its medium-term earnings targets.

The company’s shares rose 2.2 percent to 28.40 euros in morning trading.

Alstom is reshaping by selling its power equipment business to General Electric (GE) for an enterprise value of 11.4 billion euros. Alstom Chief Executive Patrick Kron said on a conference call that he expected the GE deal to close in the coming months.

Once the deal is closed, Alstom will call a shareholder meeting to vote on the amount of cash to be distributed, the CEO said. He reiterated the company would propose a share buyback of 3.5 to 4 billion euros.