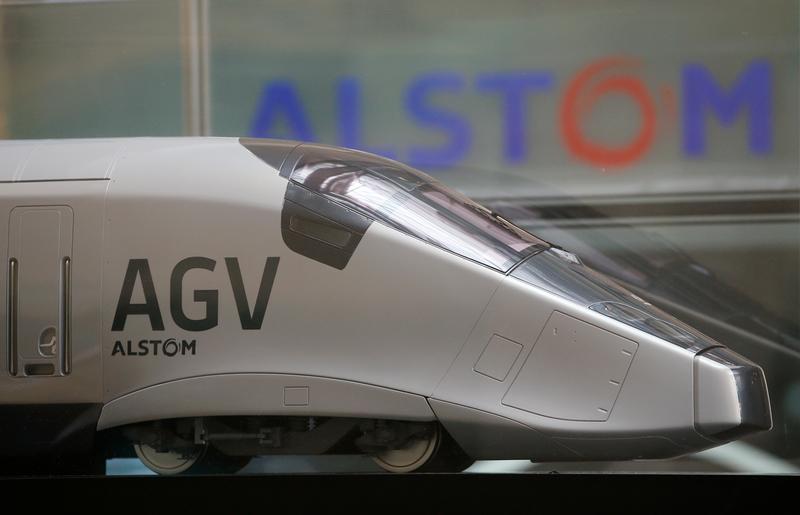 The French train maker is paying $6.7 bln for Bombardier’s locomotive unit, after its preferred deal with Siemens was blocked. Bulking up can counter the threat of China’s CRRC. Success hinges on punchy synergies and a green light from the sticky antitrust signal box in Brussels.

A scale model of an AGV high speed train with the logo of Alstom is seen before a news conference to present the company's full year 2016/17 annual results in Saint-Ouen, near Paris, France, May 4, 2017.

Alstom said on Feb. 17 it had agreed to buy the train division of Canada’s Bombardier for up to 6.2 billion euros, helping the French firm bulk up in the face of intensifying Chinese competition. The transaction values Bombardier’s transportation unit at 7.5 billion euros, including pension liabilities.

Alstom said it was targeting synergies worth 400 million euros a year from four years after the closure of the deal, which will create a company with $17 billion of combined revenue.

The French government, which criticised the European Commission’s veto of a merger last year between Alstom and the rail unit of Germany’s Siemens, welcomed the deal. France’s Finance Minister Bruno Le Maire will discuss the transaction with European Union antitrust chief Margrethe Vestager on Feb. 18, a statement said.