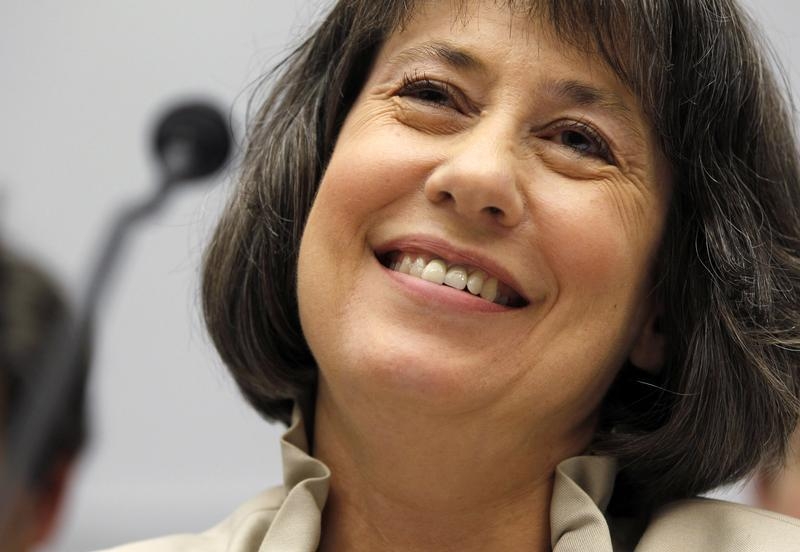 Alternative lenders are bracing for a regulatory onslaught. Online lender Avant on Friday said it had appointed to its board Sheila Bair, a former chair of the Federal Deposit Insurance Corp. Plenty of these fintech firms have tapped Wall Street executives to bolster business – SoFi recently brought on former Deutsche Bank boss Anshu Jain as adviser. But Avant is the first to snare a watchdog. It makes sense as alternative lenders in particular face growing pressure.

As yet, these players account for less than 5 percent of the markets they operate in, according to Jefferies. But they are growing fast. Avant has originated more than $3 billion in loans since it launched in 2012. Publicly traded Lending Club has hit $16 billion in nine years – but half of that was last year.

One concern regulators have is pricing. Many borrowers using these new companies find it difficult to get a loan from a traditional bank or want to refinance expensive debt like credit cards. As a result, interest rates can be high. Avant, founded by a former payday lender, charges between 9.95 percent and 36 percent. It’s a similar story at rivals. Such rates can be justified, but also spark fears of exploitation – and play into another fear: rising loan defaults.

In addition, none of these lenders has yet to experience a rising interest-rate environment. Several have hired seasoned veterans to help. But regulators ought still to ensure that risk processes are up to snuff.

Watchdogs are taking their time, though, in part because none has a clear mandate to regulate fintech firms. But they are becoming more active. On Thursday, for example, the Office of the Comptroller of the Currency published a first stab at a framework for overseeing the sector.

Hiring a former watchdog is no guarantee of a smooth relationship with regulators, of course. Bair was on the board of Banco Santander when it failed the Federal Reserve’s stress test two years in a row. She resigned from the bank last year. But the more insight these new lenders have into Washington’s ways, the better.

Online lender Avant announced on April 1 that Sheila Bair, former head of the U.S. Federal Deposit Insurance Corp, is joining its board. Chicago-based Avant was established in 2012 and has originated more than $3 billion in personal loans for 450,000 customers, according to the company. Its loans are typically for between $1,000 and $35,000 with annual rates between 9.95 percent and 36 percent and duration of two to five years.

“Its core focus of providing responsible access to credit for the middle-class consumer and enhancing the borrowing experience is filling a void in the market,” Bair said of Avant. “I look forward to joining the Avant team as they continue to drive innovation within an industry that has traditionally lacked change.”

Avant relies on big data and algorithms to provide credit options to clients. Its investors include private-equity firm General Atlantic and investment company Tiger Global. Avant says it follows the FDIC’s affordable small-loan guidelines and does not charge origination fees or prepayment penalties to customers with unsecured loans.

“Sheila’s proven track record and expertise in the financial services and regulatory spaces will be invaluable to the Avant team,” said Al Goldstein, co-founder and chief executive of Avant.