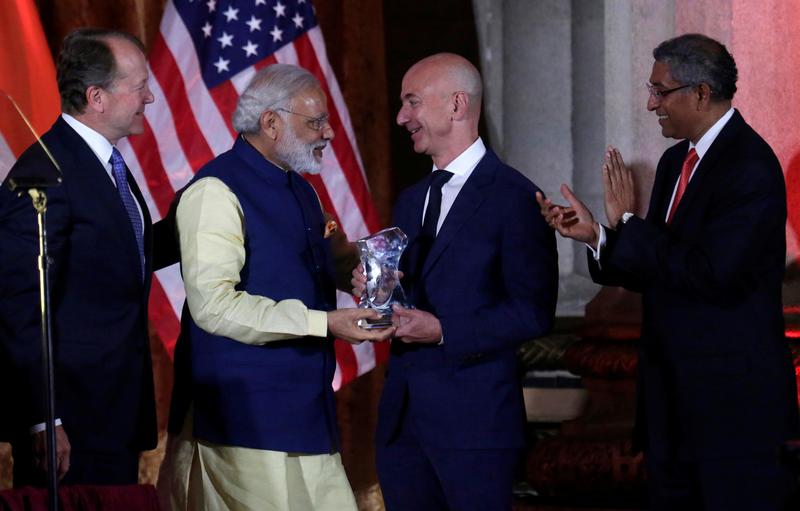 An Indian minister threatened to rescind visas of Amazon staff unless its Canadian website halted sales of doormats resembling the country’s flag. The doormats quickly vanished, but politicians pandering to jingoist Twitter shaming is a real and rising global business risk.

Sushma Swaraj, India's external affairs minister, on Jan. 12 threatened to stop issuing visas to officials from Amazon wanting to visit the country, and to rescind the existing visas of employees.

The comments made on Twitter by the minister were a response to a user of the social network alerting Swaraj to the sale of doormats resembling the tri-colour Indian flag and imploring her to "take action".

Under Indian law any desecration of its flag is punishable with fines and imprisonment.

In a series of remarks on Twitter, Swaraj insisted Amazon must "tender unconditional apology" and "withdraw all products insulting our national flag immediately".

The doormat, sold by a third party on Amazon's Canadian portal, was taken down.

The Twitter user @atulbhobe, which identifies as being Mumbai-based, has less than 90 followers.